Here is EVERYTHING AMD has revealed so far about the Ryzen 7 4800H, including when you can expect it to debut! 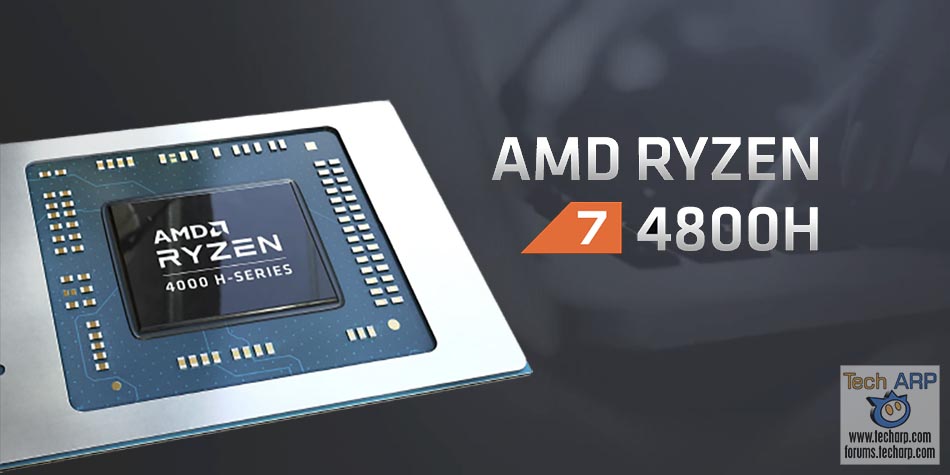 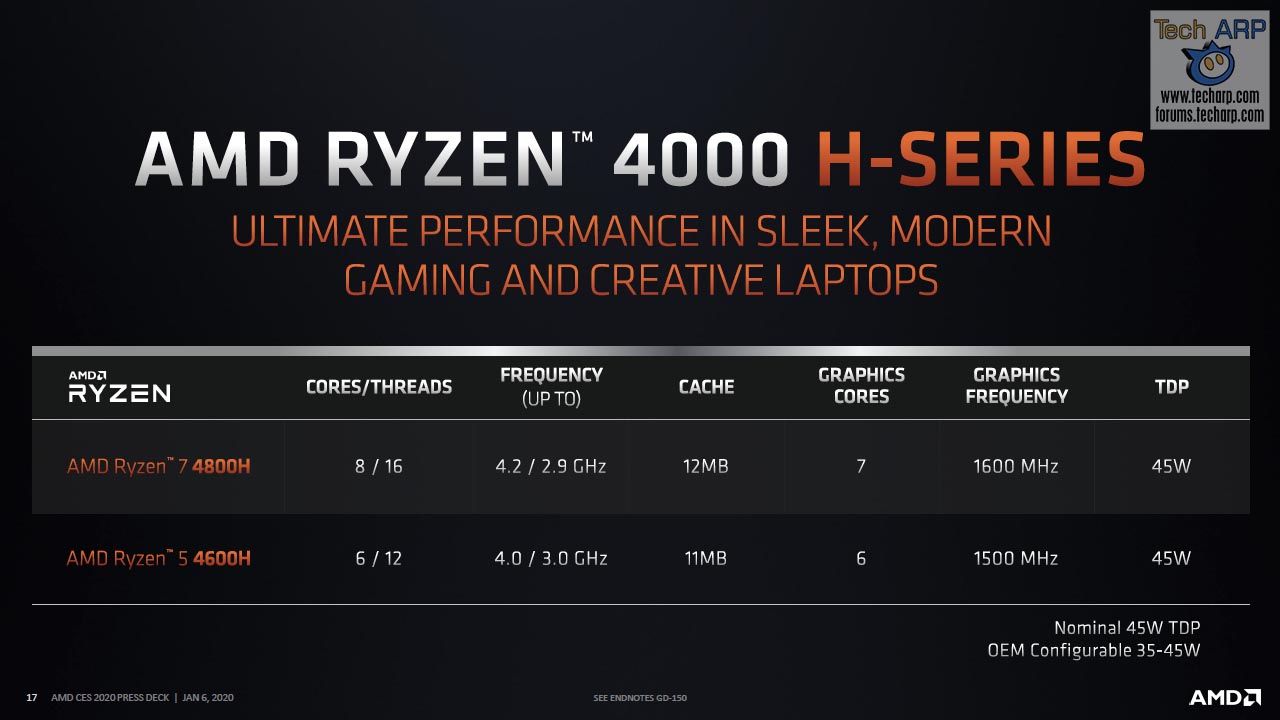 The AMD Ryzen 7 4800U not only comes with 8 cores, it also supports simultaneous multithreading, allowing it to process up to 16 threads at the same time.

The AMD Ryzen 7 4800H has a nominal TDP of 45 watts, but is configurable by the laptop manufacturer for a TDP of 35 watts to 45 watts.

Like the other AMD Ryzen 4000 Mobile processors, it is fabricated on the 7 nm process, and supports LPDDR4x memory. It also has SmartShift capability, when paired with a separate Radeon GPU. Thanks to its 2 extra cores and ability to process 4 extra threads, the Ryzen 7 4800H significantly cuts down on the time it takes for content creators to process their work. Now, its integrated Radeon Vega 7 Graphics is not very fast, which is why AMD did not quote any graphics performance figures. In fact, it has one less core and runs at at a slower speed than the Radeon Vega 8 Graphics in the Ryzen 7 4800U.

Instead, AMD shared with us the PHYSICS test results of the 3DMark Firestrike benchmark. It shows the Ryzen 7 4800H beating not only the Core i7-9750H mobile processor, but also the Core i7-9700K desktop processor! However, it is CPU-only benchmark. 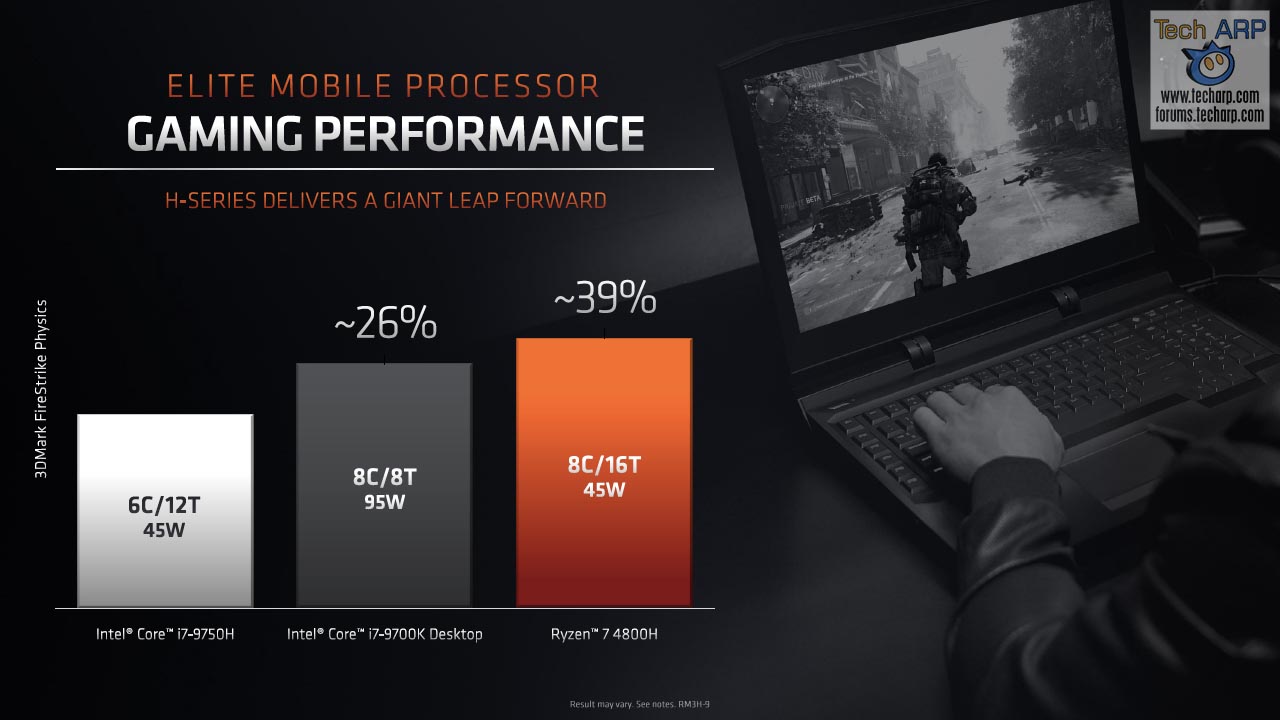 Its gaming performance will definitely be poorer than that of the 15W Ryzen 7 4800U, which means it will likely be paired with a Radeon RX 5500M or RX 5600M, to take advantage of the new AMD SmartShift capability.

One of the first laptops to feature the AMD Ryzen 7 4800H is the ASUS ROG Zephyrus G14, which claims to be the world’s most powerful 14-inch gaming laptop.

It comes with a 14-inch Pantone-validated display with a Full HD or WQHD resolution, and a 120 Hz refresh rate. It is less than 18 mm thick and weighs just 1.6 kg. ASUS claims a 10 hour battery life, not while gaming though but playing videos.

The Zephyrus G14 and the first slew of laptops to feature the Ryzen 7 4800H will debut in Q1 2020. We will update this article once we know more.