Here is what you need to know about the new AMD Ryzen 3000 C-Series mobile APUs! Built on the older Zen+ or Zen architecture and fabricated on the 12 nm or 14 nm process technology, they are designed as premium APUs for Chromebooks.

At launch, AMD is introducing three Ryzen 3000 C-Series processors, with a 15 W TDP :

Although they are not part of these processors, Chromebooks based on the AMD Ryzen 3000 C-Series will feature Wi-Fi 6 and Bluetooth 5 connectivity.

The AMD A-Series APUs, with a 6 W TDP, will continue to ship in entry-level Chromebooks. 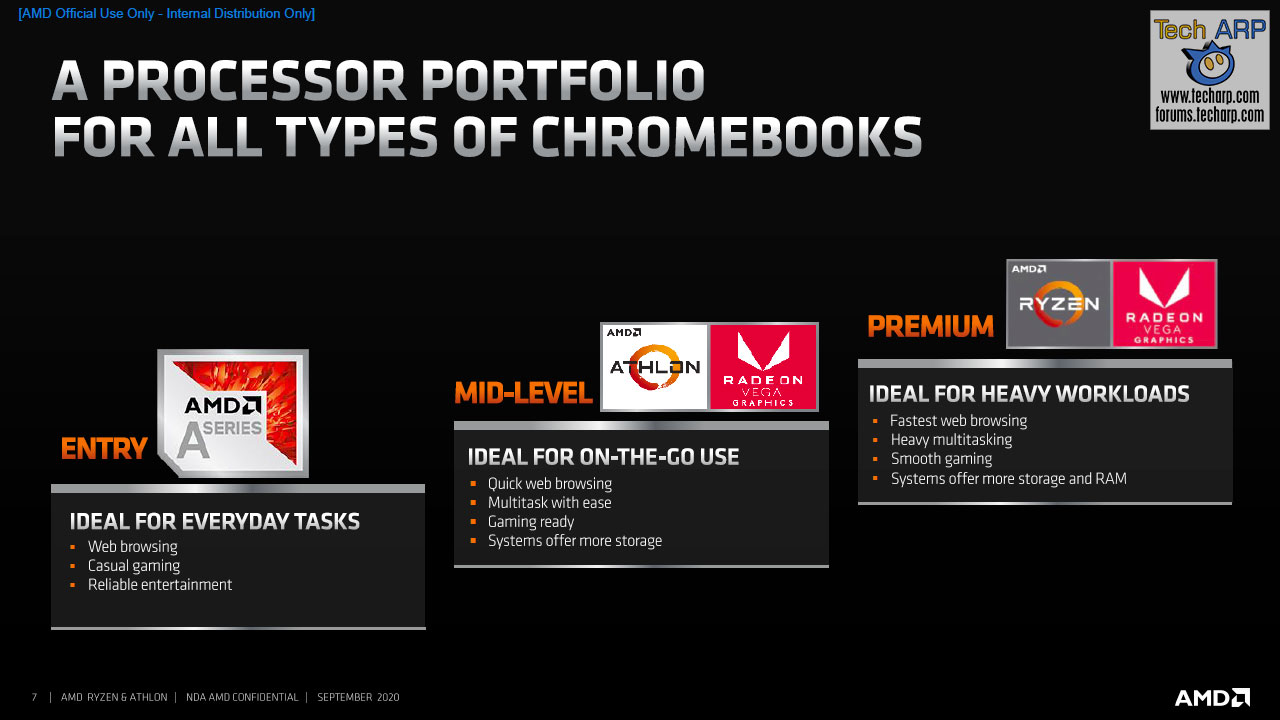 According to AMD, the new Ryzen 3000 C-Series mobile APUs offer double to triple the web browsing performance, compared to the A6-9220C. Their graphics performance is even better, with the Ryzen 7 3700C offering 2.5X more performance than the A6-9220C in 3DMark Sling Shot and PCMark’s Photo Editing test. AMD will only say that their partners – HP, ASUS and Lenovo – will introduce six Chromebook laptops in 2020, powered by the new Ryzen and Athlon 3000 C-Series APUs.

No specifics about the models and choice of processor yet. We will keep you updated when we learn more. 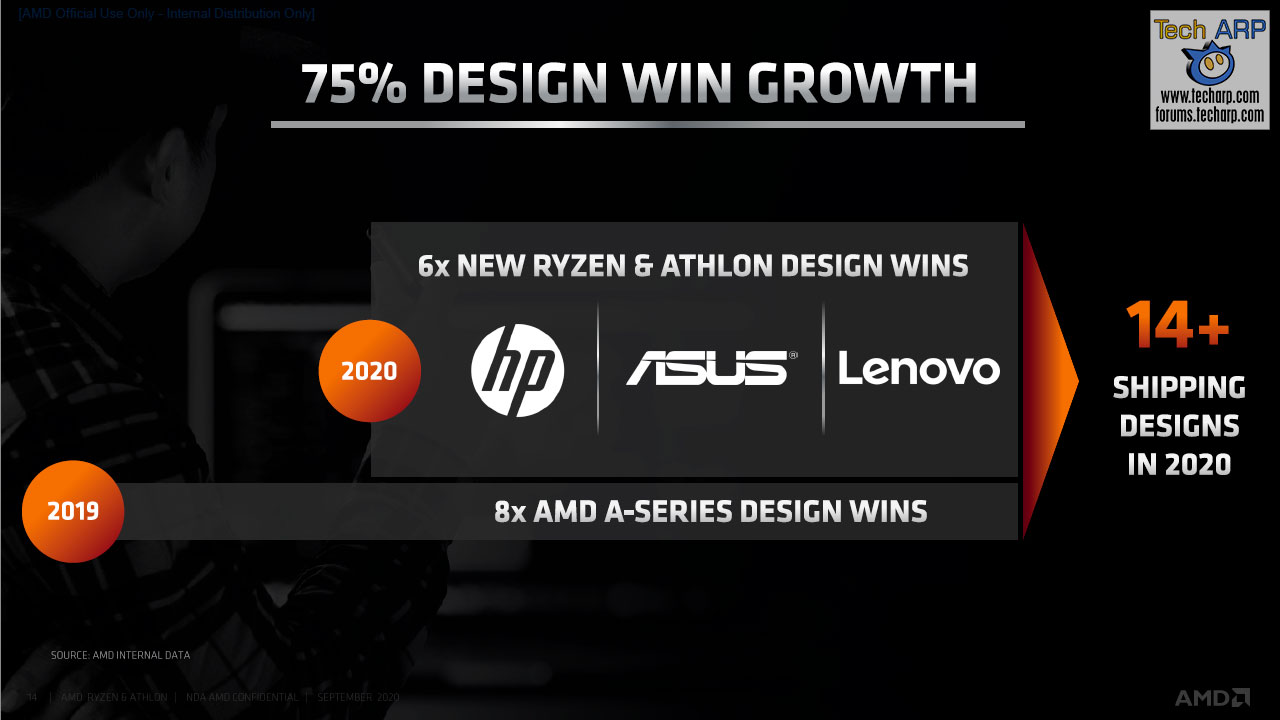 Go Back To > Computer | Home