We reached out to AMD about the last-minute Radeon RX 5600 XT overclocking, and here are a couple of things we found out… 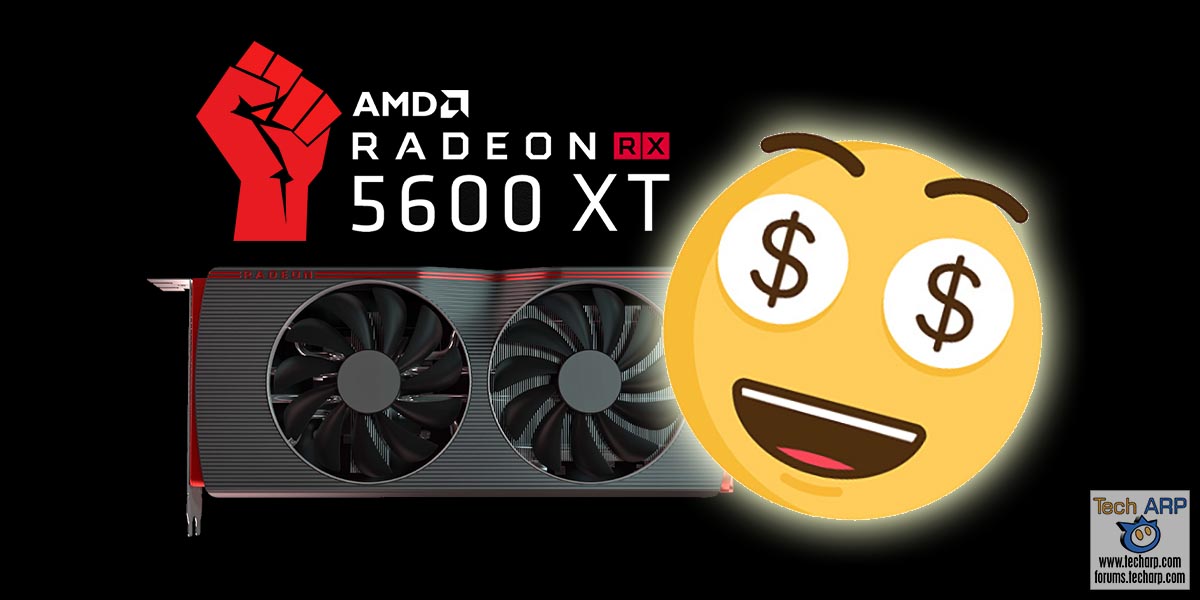 But less than a week before it was made available for sale, AMD gave it a big boost in these respects :

All that overclocking makes the Radeon RX 5600 XT quite a different beast from what was initially announced, and better positions it against the discounted NVIDIA GeForce RTX 2060 cards. We reached out to AMD about this last-minute overclocking of the Radeon RX 5600 XT, and here is what we found out :

No Change In Specifications

Officially, the AMD Radeon RX 5600 XT never received a power-up, and the official specifications will not change.

Like the RX 5500 XT, the RX 5600 XT does not have a reference card, and can only be purchased from an AMD AIB partner.

AMD only provides a minimum set of specifications for the RX 5600 XT and it is up to their AIB partners to configure their cards as they see fit.

As far as they are concerned, the official specifications are what their partners “start from”, and this last-minute Radeon RX 5600 XT overclocking is nothing more than a decision by their AIB partner.

No Change In Price

AMD also clarified that there will be no change in the SEP of US$279, even though NVIDIA recently slashed the price of their GeForce RTX 2060 down to US$299.

Again, that is their recommended e-tail price – “starting from“, which means their AIB partners are free to charge whatever they want.

Unofficially, we understand that there is a scramble to reprogram cards that have already been shipped, so they will be sold with the power-up BIOS for higher clock speeds and TGP.

When it comes to the SAPPHIRE PULSE RX 5600 XT we have over here, it is notable that even though it was an overclocked part, it launched with a 150W TGP and 12 Gbps memory.

Yet, just days before it’s available for sale, they greatly boosted its clock speeds and increased its TGP… and changed their website to reflect the new specifications.

It is insane for them to pull a last-minute change like that, because it would mean getting their distributors to manually update the cards that had earlier been shipped.

But whatever the reasons, this makes the SAPPHIRE PULSE RX 5600 XT a far more exciting card than it would have been. And certainly, much better value for the money… if Sapphire does not charge more for the power-up!

By overclocking the Radeon RX 5600 XT so much, it is better positioned against the GeForce RTX 2060, which received a $50 price cut to $299 just a few days ago.

Even without the boost, the RX 5600 XT already delivers higher texture and pixel fill rates than the RTX 2060. But the boost gave it parity in memory bandwidth, which we think will matter a lot.

Once the NDA expires, we will take a closer look at how the overclocked Radeon RX 5600 XT compares against the GeForce RTX 2060!