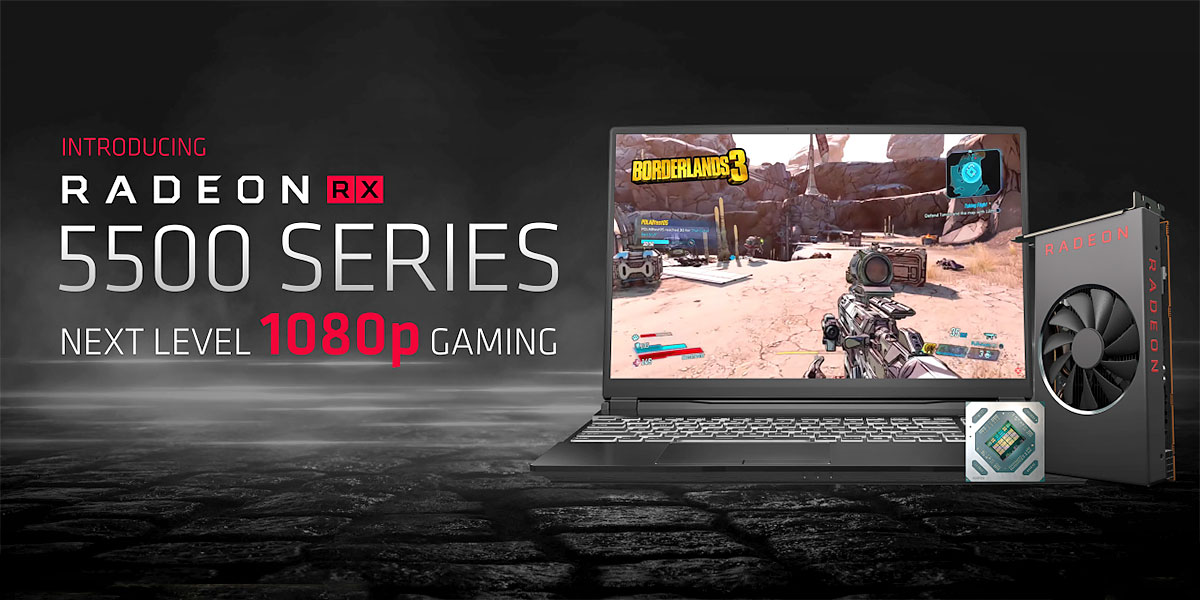 For a more detailed discussion on the Radeon RX 5500 Series, you can tune into the Q&A session too :

They are both the same GPU, with 6.4 billion transistors fabricated on the 7 nm process technology. This Navi GPU has 22 Compute Units with 1408 stream processors and a 128-bit memory interface. 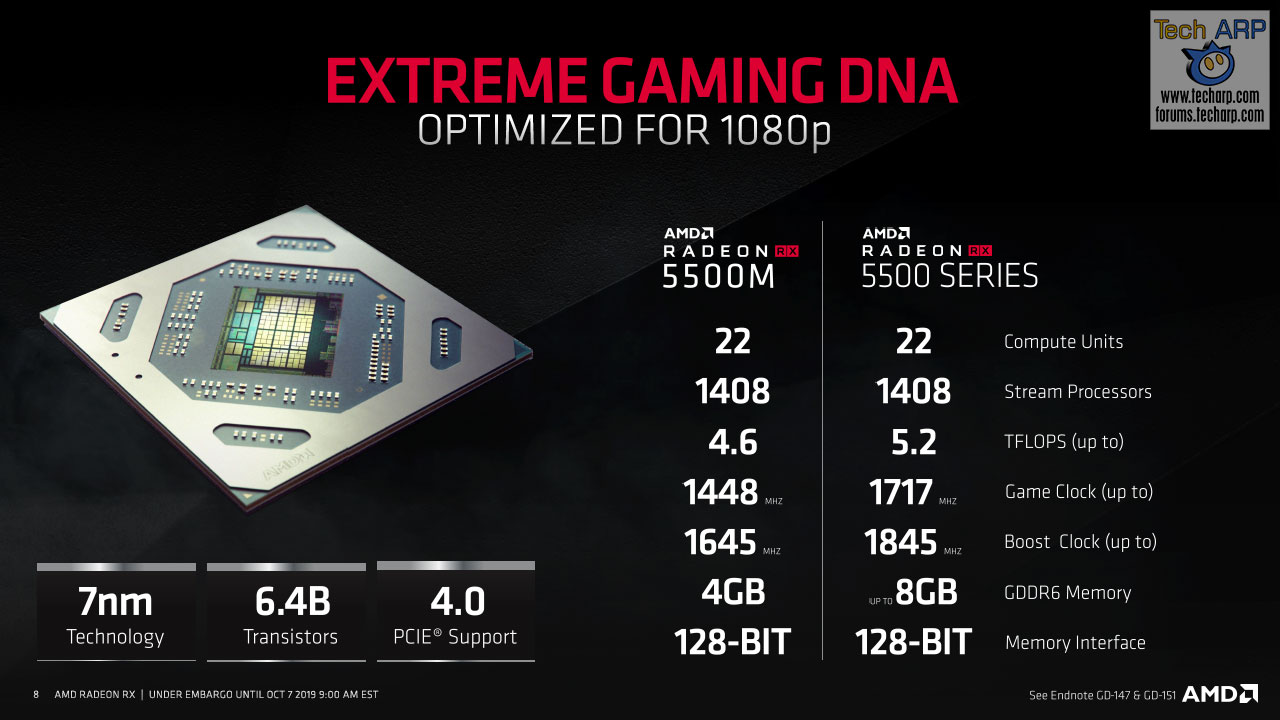 The only difference is when used in mobile applications, it will have lower clock speeds, and 4 GB of GDDR6 memory, with a nominal TGP of 85 watts.

When used in a desktop graphics card, it will have higher clock speeds with a total board power of 150 watts, and either 4 GB or 8 GB of GDDR6 memory. 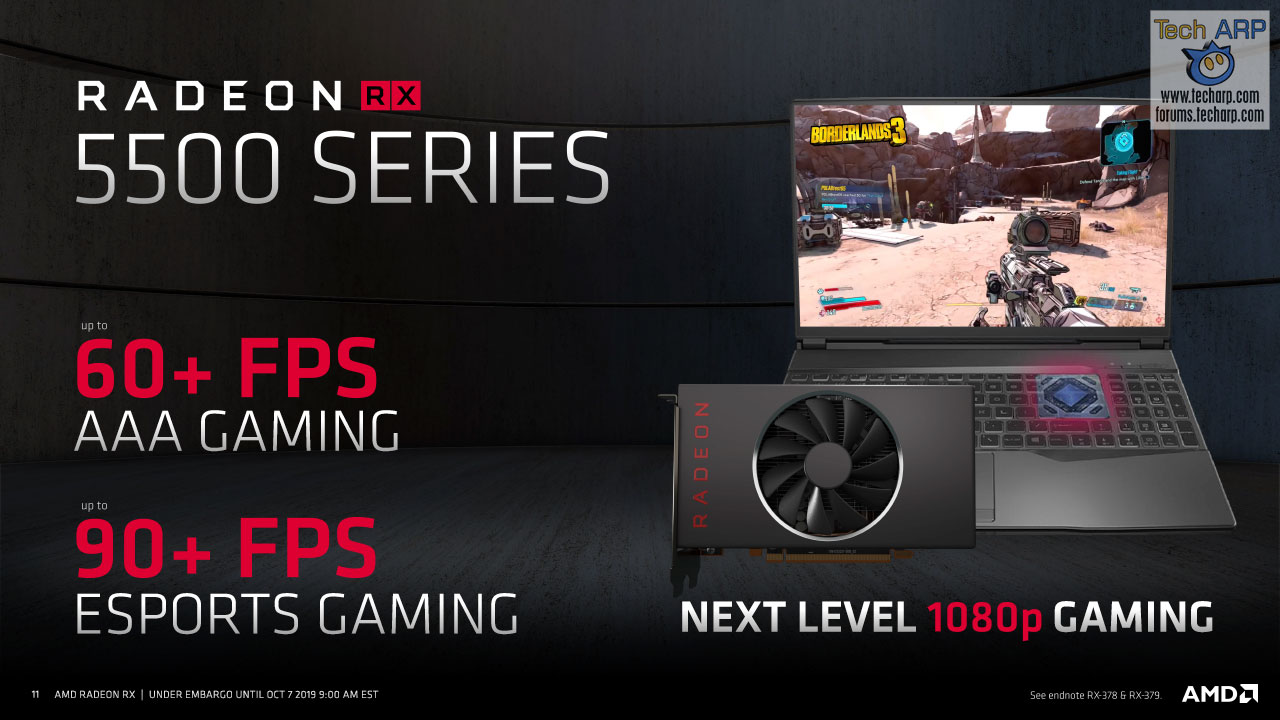 Ultimately, they are both designed to deliver 1080p gaming at 60+ fps for AAA titles, and 90+ fps for esport games.

Even in newer esports games, it is capable of delivering frame rates in excess of 90 fps. 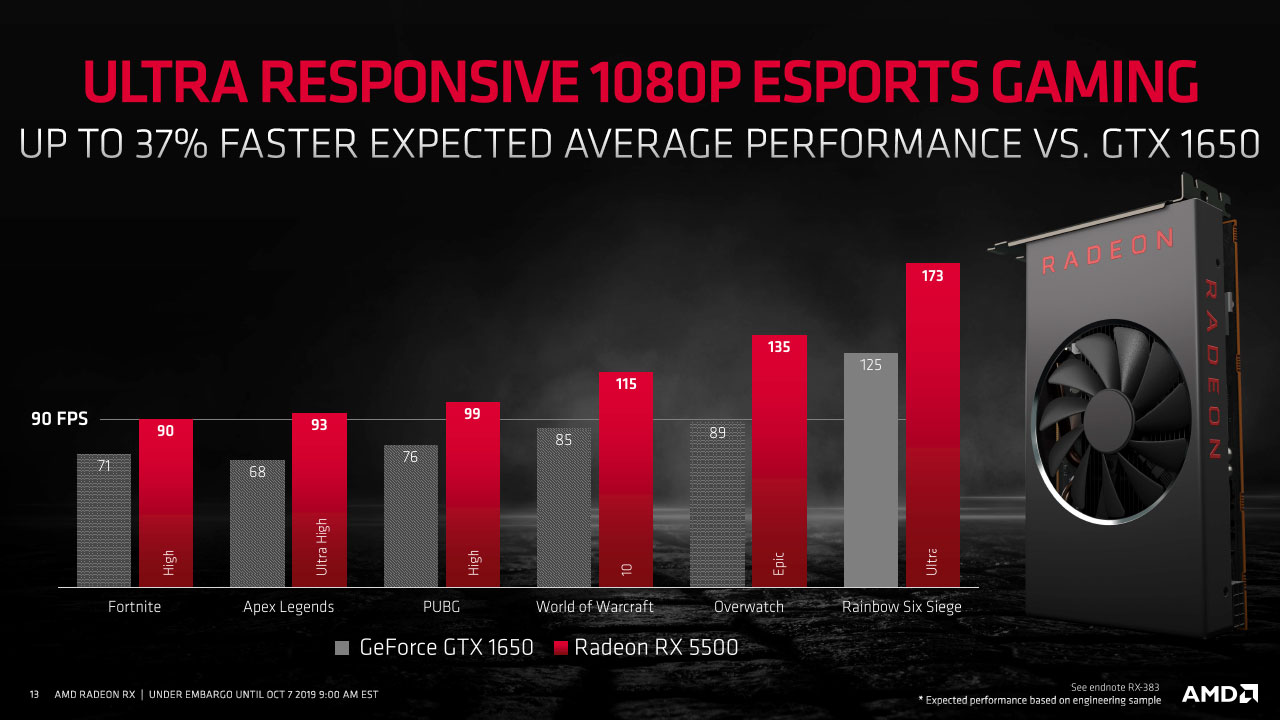 And here are the performance results of the Radeon RX 5500M against the NVIDIA GeForce GTX 1650 Mobile.

At 1080p, AMD claims it will deliver frame rates in excess of 60 fps for AAA titles, and over 90 fps for esports games. 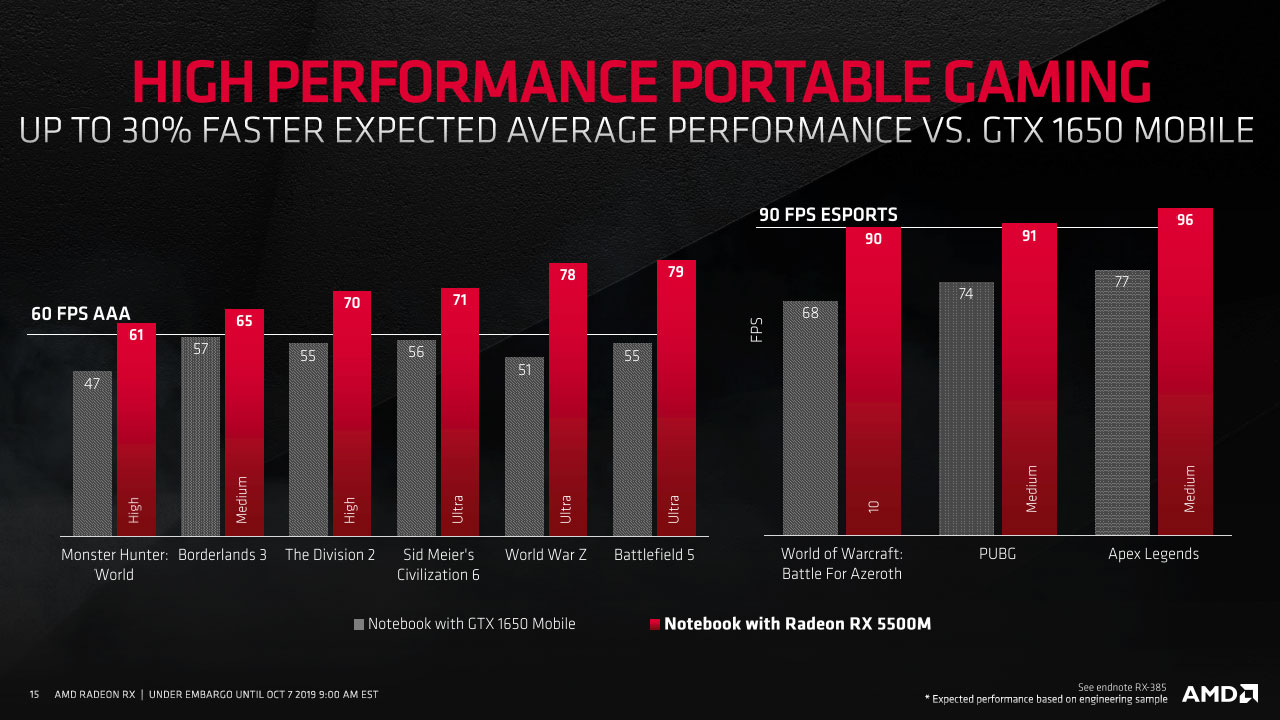 AMD is unable to reveal the MSRP for the standalone desktop graphics card – we will update this article when we get the details.

Both desktop and mobile variants are included in the latest AMD Radeon Raise The Game bundle programme.

That means every qualifying purchase of a standalone graphics card, or pre-configured desktop and laptops will come with a choice of either :

At the moment, AMD is unable to give us an actual availability date, other than these rough dates :