AMD just announced that they FAR exceeded the goals of the 25×20 initiative they set in 2014.

Join us for a quick video overview of the AMD 25×20 Initiative, and how far they exceeded those goals! 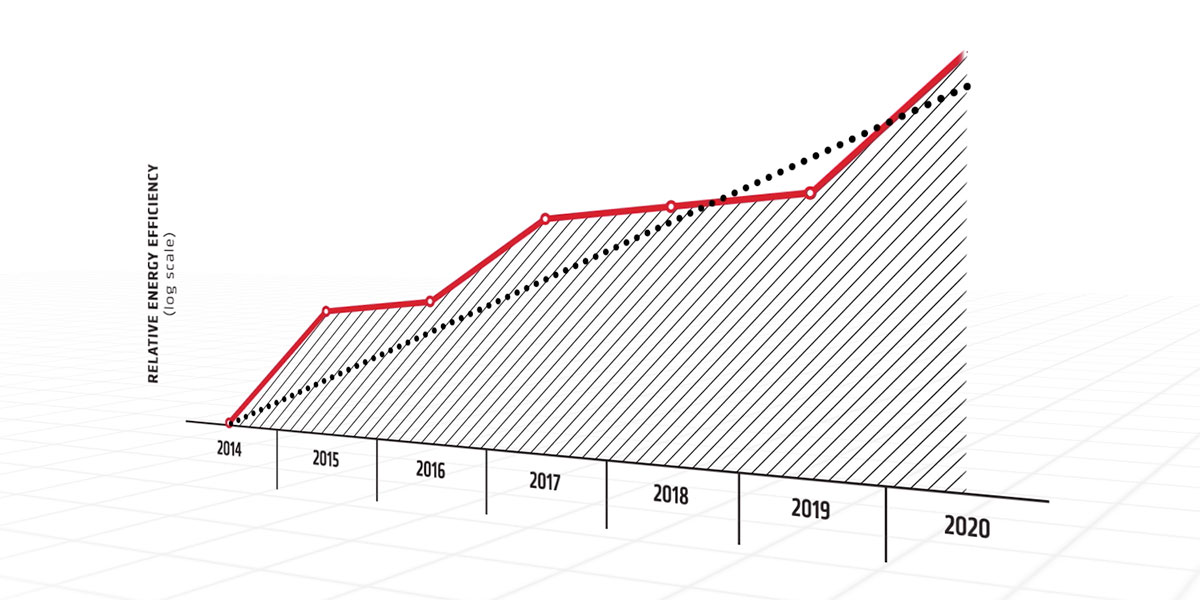 Back in 2014, AMD mobile APUs were widely panned for their poor energy efficiency. That ensured the continued dominance of Intel mobile processors in the laptop market.

So they challenged themselves to dramatically improve the real-world energy efficiency of their mobile processors, setting the moonshot goal of delivering at least 25 times better energy efficiency by the year 2020.

That is essentially the crux of the AMD 25×20 initiative.

Six years later, AMD announced that they far exceeded the goals of their 25×20 initiative.

AMD achieved their 25×20 goals by delivering :

To illustrate the impact of this leap in energy efficiency, AMD shared these calculations.

If an enterprise upgrades 50,000 AMD laptops from 2014 models to 2020 models, it would save approximately 1.4 million kilowatt hours of electricity and 971,000 kg of carbon emissions,

That would be roughly equivalent to growing 16,000 trees for 10 years! 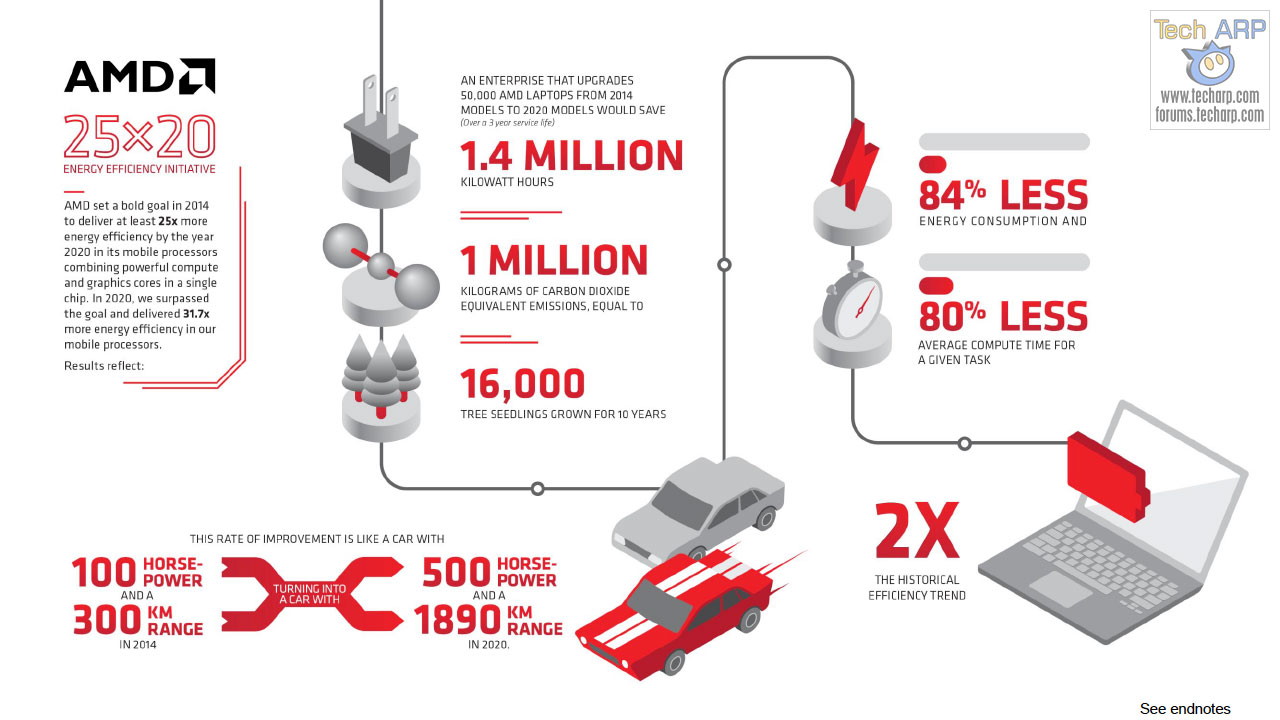