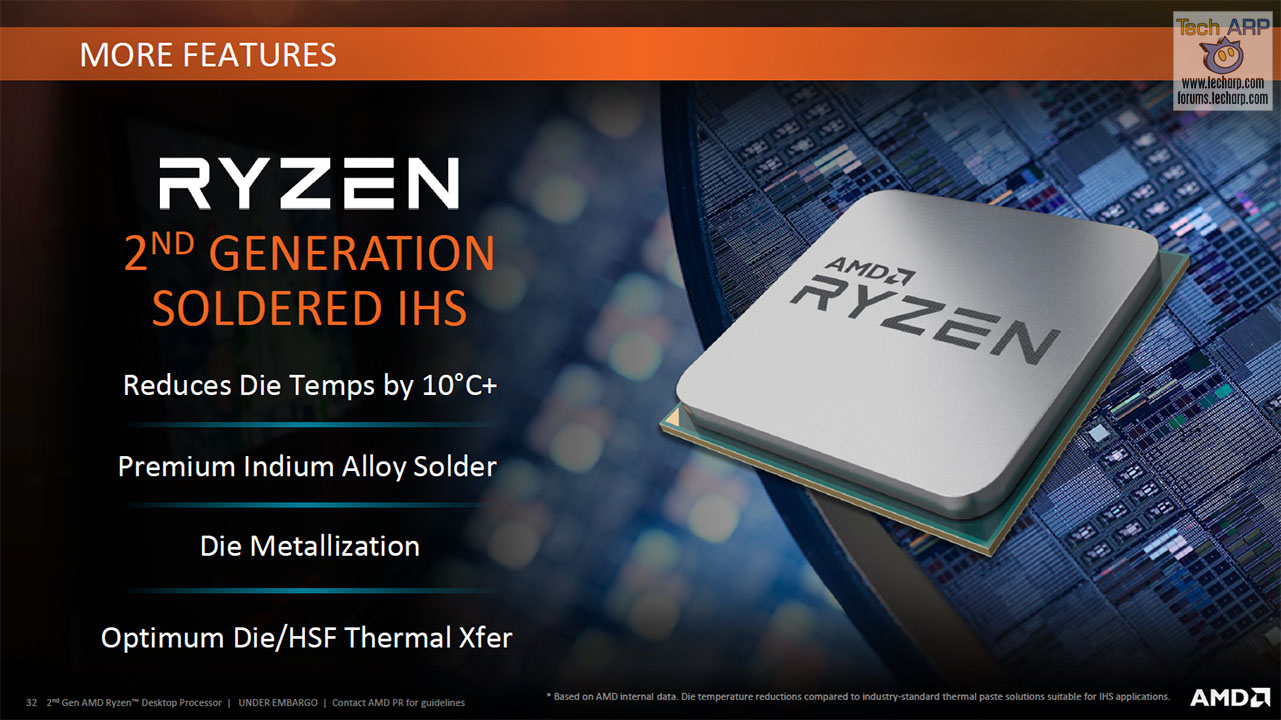 Like its predecessor, the 2nd Gen Ryzen processors are all multiplier unlocked, so you have full flexibility in overclocking them. Fun fact : The entry-level A320 chipset, which doesn’t allow CPU overclocking, will still allow you to overclock the DDR4 memory.

The AMD Ryzen 7 2700X (Price Check) now comes with the new Wraith Prism cooler, which is basically the Wraith Max with a “swirling vortex of colour“. The heatsink fin profile was reshaped to allow for better compatibility with smaller motherboards. 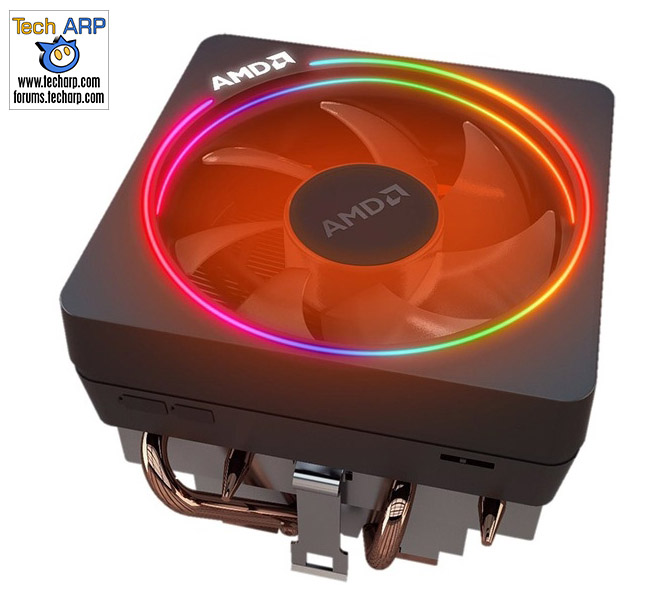 The heatsink was also improved with direct contact heat pipes. The fan is also quieter at just 37 dBA, although there is a switch that allows the fan to be overclocked.

The 2nd Gen Ryzen processors are drop-in compatible with AMD 300-Series motherboards, with one caveat – they must have an updated BIOS. To help you with that, motherboards that have the updated BIOS will come with an AMD Ryzen Desktop 2000 Ready sticker. The AMD 400-Series chipsets boast better memory routing, better VRM and power layouts, and a lower idle power of less than 2 watts. While the 2nd Gen Ryzen processors will run on the existing AMD 300-series motherboards, an AMD 400-Series motherboard will allow for better overclocking, and a free AMD StoreMI licence. 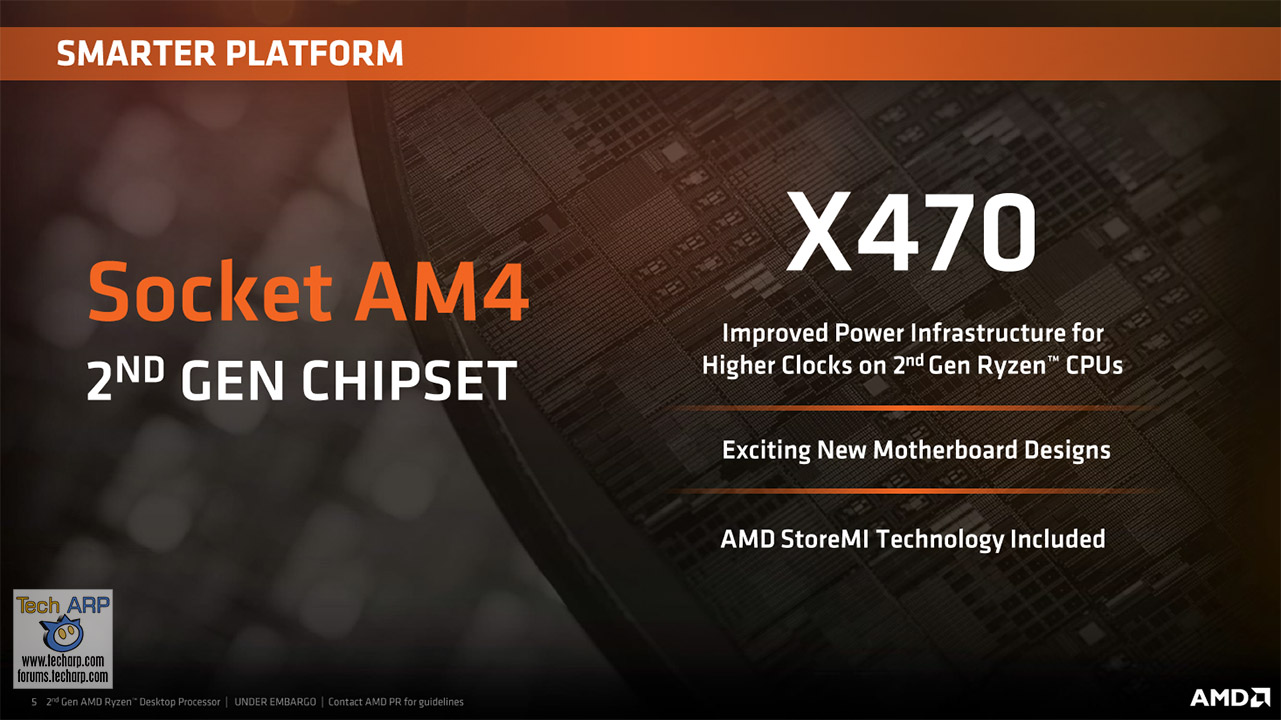 AMD StoreMI is an OEM version of the Enmotus FuzeDrive Basic. It combines all of your storage drives into a single virtual storage drive. It can even add up to 2 GB of DDR4 memory as a very fast cache to the combined drive. 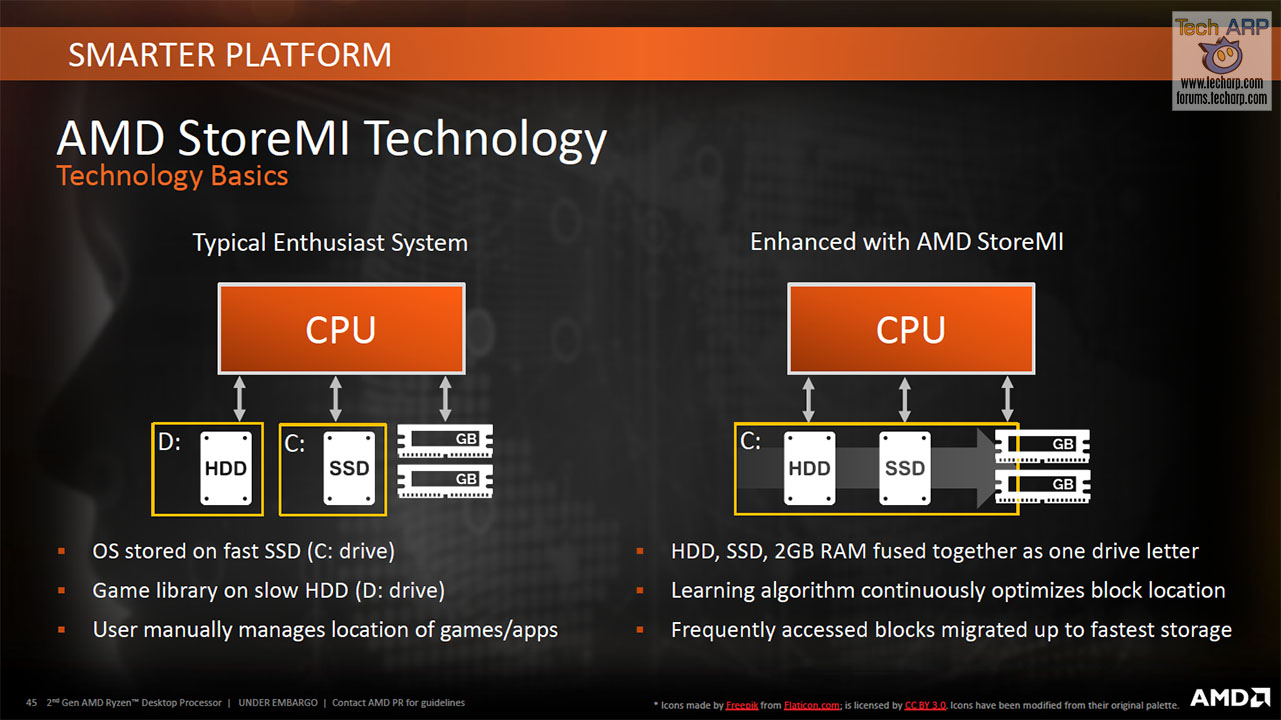 The software than automatically assigns frequently used data blocks to the fastest storage devices, optimising your storage devices to deliver the best performance possible. This allows you to leverage your much faster SSD and system memory to boost the performance of your HDD drives.

According to AMD’s tests, StoreMI will let you load your games faster by 2.8X, and applications by 9.8X.