This time, we have not one, but TWO, tech briefings on the 2nd Gen Ryzen processors. This one was recorded at the March preview event in Bangkok, featuring Kevin Lensing (AMD Corporate Vice President and General Manager, Client Business Unit) and James Prior (AMD Senior Product Manager).

And here is an online tech briefing by Robert Hallock, AMD Head of Global Technical Marketing.

The 2nd Gen Ryzen processors are based on the improved AMD Zen+ microarchitecture, which delivers slightly better performance, with lower cache and memory latencies :

This is really a 14 nm process, with improvements and a tighter pitch, so the die size and transistor count remain the same. However, the improved process allows for these improvements : 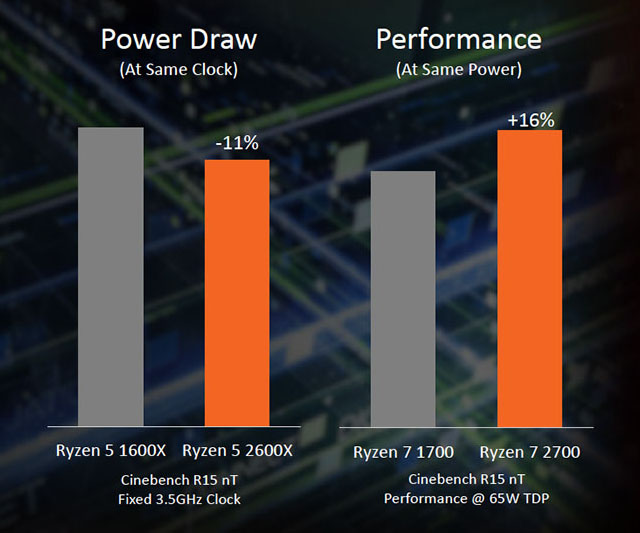 Precision Boost 2 is one of the biggest improvements in AMD SenseMI. It replaces the old 2-core boost model, with a linear boost model. This allows for much greater performance for games and applications that use more than 2 cores.

James Prior revealed that AMD will introduce a feature called Precision Boost Overdrive in the future. The motherboard will be able to communicate its actual capabilities to the 2nd Gen Ryzen processor, allowing for better boost profiles and a relaxed vcore limiter with better motherboards.

XFR 2 boosts the 2nd Gen Ryzen processor’s performance by 4-7%, depending on the performance of the installed CPU cooler. 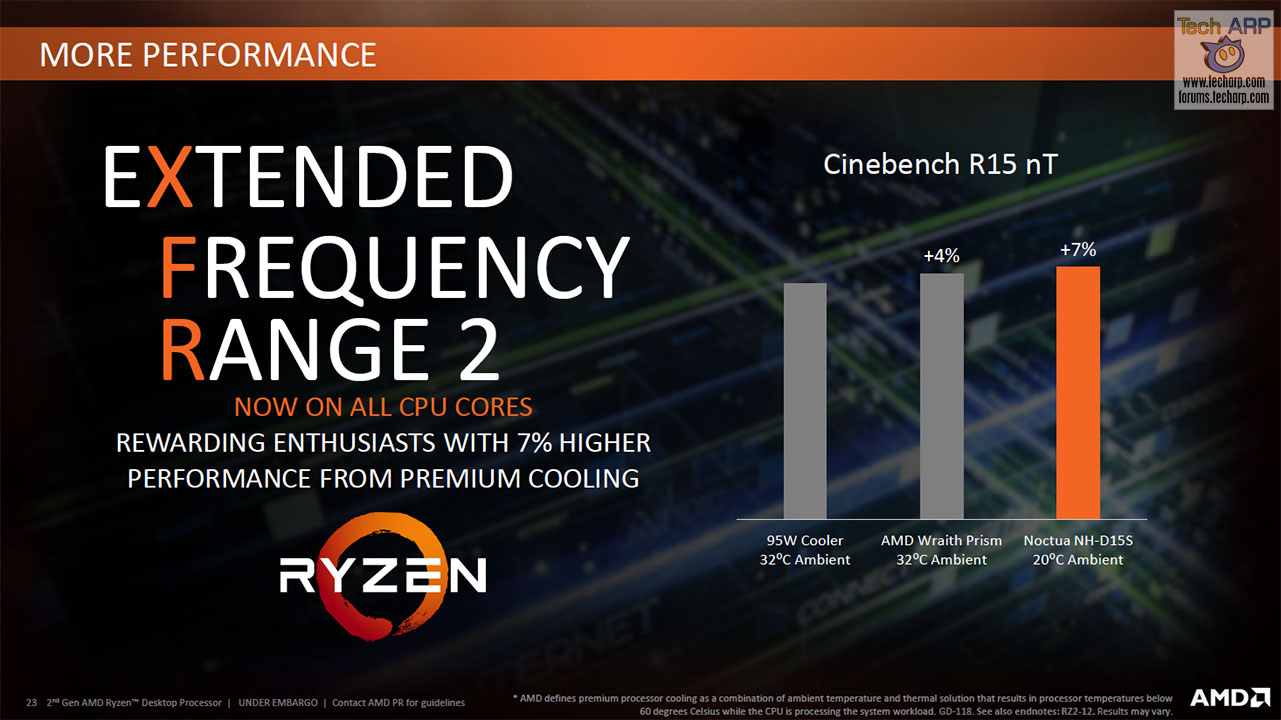