We are used to all kinds of packaging for online purchases, but this is the first time we have seen a package wrapped in pink underwear!

Online shopping is all the rage during the pandemic, and we are used to all manners of packaging. Everything from cardboard boxes and bubble wrap, to plastic bags and styrofoam boxes.

But this is the first time we have ever seen a cardboard package wrapped in pink underwear! 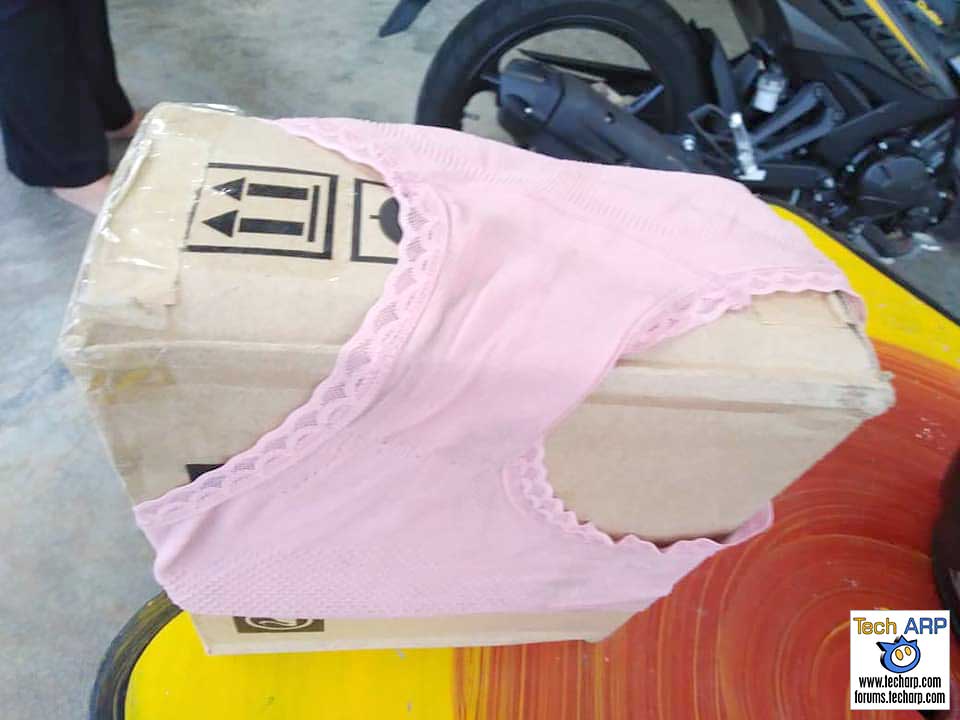 On 7 February 2021, Mamaayu Admia Ayunormaslinda shared about how her husband received a package from J&T Express. Not only was the box beaten up, it came wrapped in pink underwear!

The J&T Express delivery man was tickled by the odd packaging, but said that he was delivering the package as received.

To be clear, she ordered pencil boxes for her children, not underwear. So it was not a case of a package of underwear being torn, and someone at J&T Express just wrapping an errant underwear over the package, instead of stuffing it back inside. Package Wrapped In Pink Underwear : Who Did It?

After all, no vendor would actually ship their parcels wrapped in underwear. That’s a sure way to become infamous and possibly lose customers.

This led some netizens to accuse Mamaayu of making up the story. 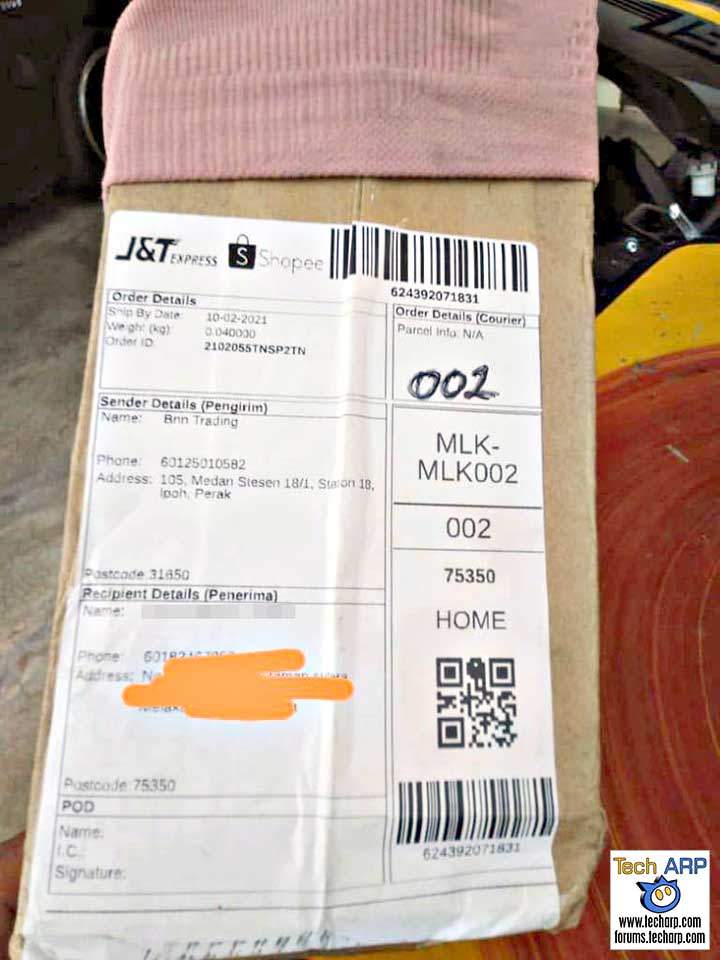 But this “wrapping” was peculiar enough that someone working at J&T Express noticed it earlier and took a picture of it.

Ain Nurza, posted this picture below, saying that her husband who works at J&T Express found the package already wrapped in the pink underwear earlier.

The box looks to be in good condition and not beaten up, so this must have been early in the delivery process. 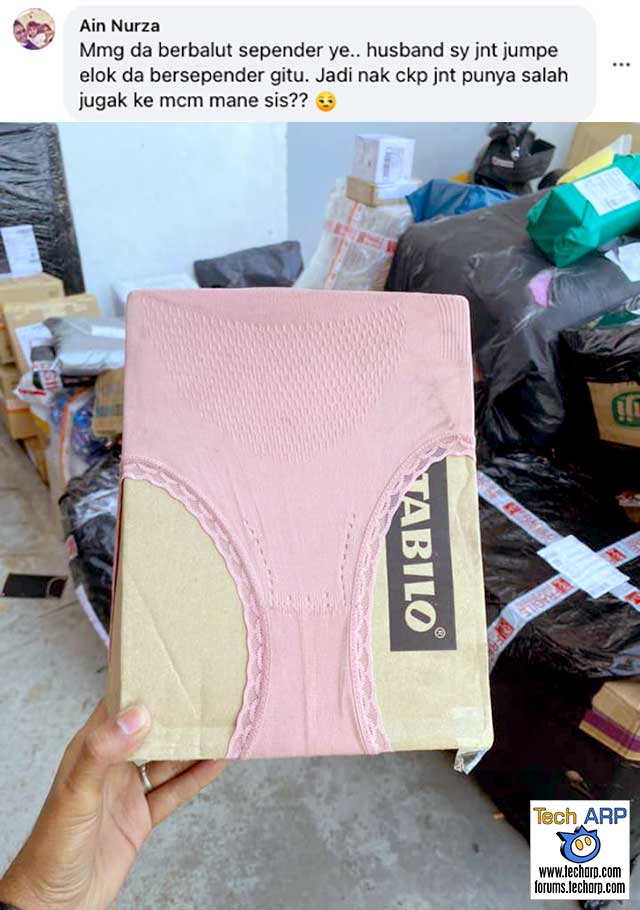 With this corroborating picture from a third-party, it is clear that Mamaayu was not making up the story.

It seems most likely that someone at another J&T Express hub wrapped the package with this pink underwear as a prank, or as a form of protest or sabotage in relation to the alleged cuts in commission.

Tags:BusinessControversyDeliveryFacebookFactFact CheckInternetLogisticsMalaysiaonlineOnline shoppingScandalShopping
Previous : Dell Survey On Remote Work Readiness In Malaysia!
Next : The Tomorrow War : Get It FREE For A Limited Time!