Take a look at the videos, and find out what really happened!

One of them, in particular, showed J&T Express workers shouting, with one worker standing on a conveyor belt throwing parcels.

According to various netizens, the J&T Express workers were angry and on strike, because their commissions were cut.

The other videos showed what appears to be a J&T fulfilment centre full of undelivered parcels with no one in sight. They appear to be genuine, with J&T logo on some of the parcels. 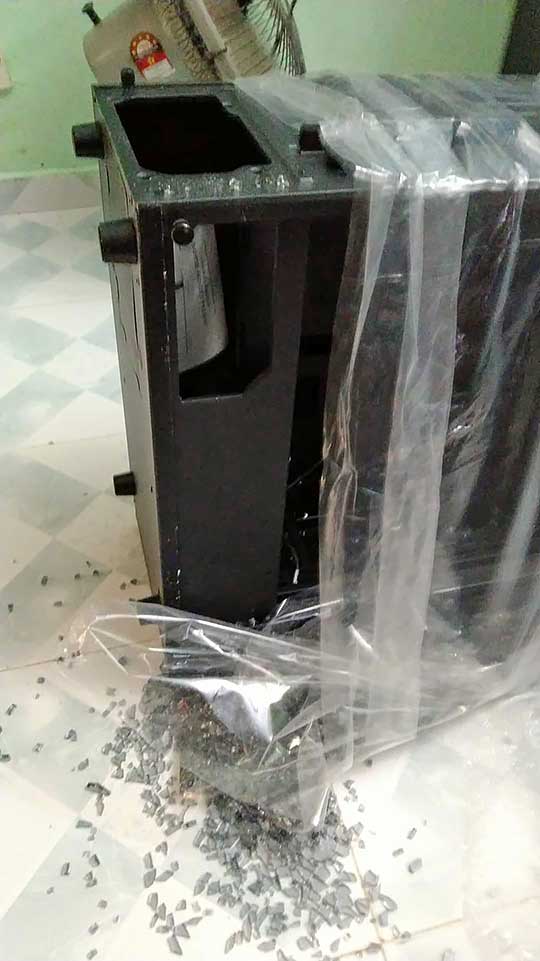 And one family received their package wrapped in pink underwear!

Recommended : Only In Malaysia : Package Wrapped In Underwear! 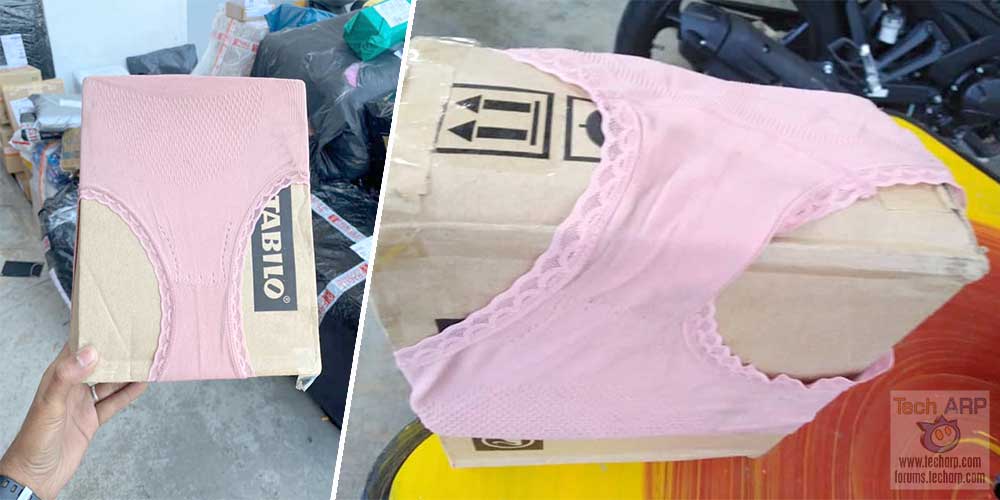 J&T Express confirmed the incident, and clarified that it was a misunderstanding by several workers who did not understand their year-end bonus plan.

J&T Express in Perak then shared a video of seven workers saying that they did not strike, and apologising for abusing the packages.

On the other hand, this internal memo showed that J&T introduced a new, lower commission rate for their delivery dispatchers from 1 February 2021 onwards. 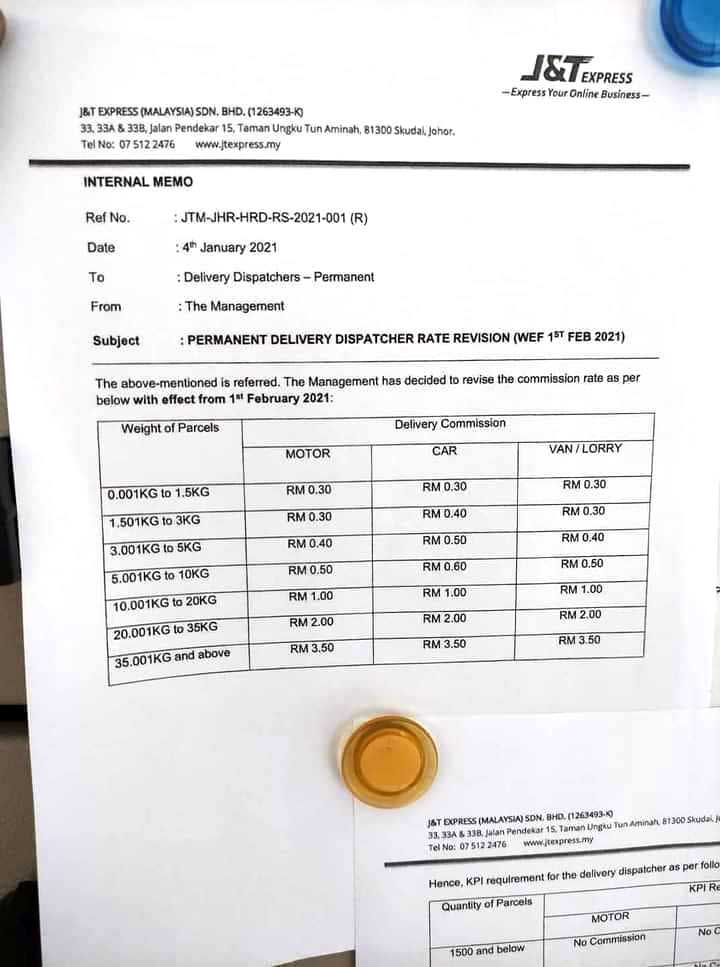 On 7 February 2021, J&T Express finally issued a statement about these viral videos :

The recent viral case which has been circulated on social media regarding “J&T Deducts Employee Wages Incident” that caused the dissatisfaction among employees with violent sorting behaviour, which has attracted the attention and discussion of the public, inside and outside the industry.

First of all, we express our deepest apologies to all Malaysians. Everyone’s opinions and suggestions are truly accepted and adopted by the company. In order to ensure the stability of our employees and to give the public a true accountability, we take this opportunity to clarify the truth to the public today.

For employees who have worked for less than a year, bonuses are paid according to the length of working time without prejudice.

Unfortunately, certain employees are not clear about the bonus payment scheme which led to violent sorting of packages on February 4th, inciting some employees to make collective disturbances, and posting the videos to social media.

Our Perak state management has immediately handled and clarified the incident. On February 5th, the employees had resumed their normal working status and actively sorted and processed the packages of customers.

As for the fact that J&T deducts employee wages, we clarify that J&T will not deduct or owe employees a penny of wages, and hereby declare that we are willing to accept the supervision and inspection by the public and institutions.