January 22, 2016 – Dell today extended its reach in Open Networking with the announcement of the Dell OS10 (Operating System 10) from Dell Networking. This next-generation networking software is designed to introduce new levels of software flexibility and programmability in large-scale data center environments.

The Dell OS10 software environment advances the functionality of modern data centers by disaggregating network software, so customers have more choice in how software is used throughout IT operations. 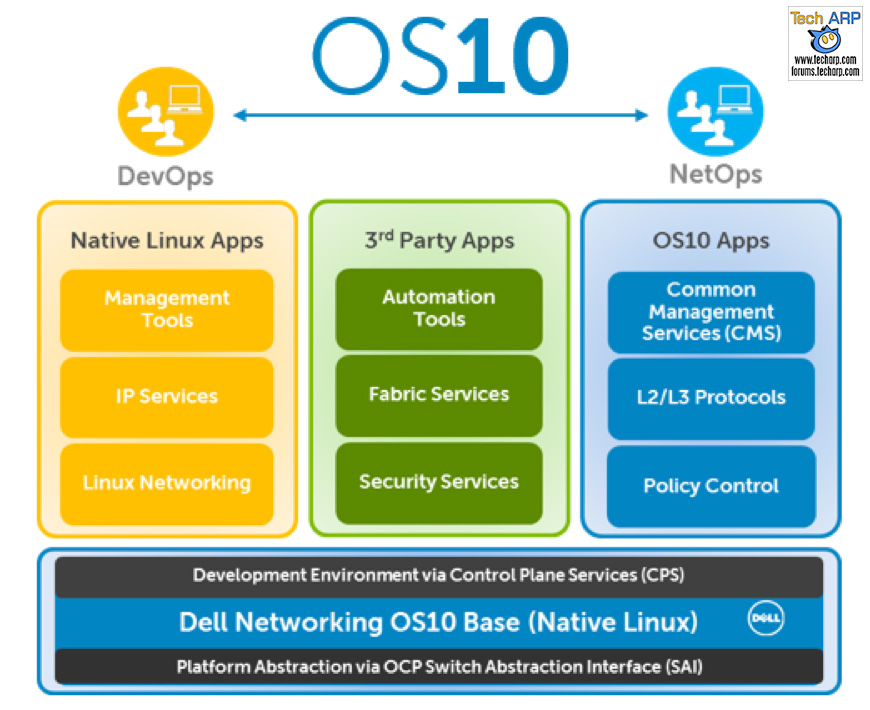 The Dell OS10 platform is designed around new benchmarks for open software modularity so users can create the most efficient and flexible paths across networked systems. OS10 is comprised of a base module and various optional application modules. Now, what had formerly been bundled into tightly-integrated, vendor-specific stacks, has been separated to enhance customer choice, control and programmability.

Below it, the Dell OS 10 Base Module employs the Open Compute Project Switch Abstraction Interface (SAI) that enables a common, programmer-friendly language between vendor network operating systems and the particular silicon residing on the physical switch. Today, SAI helps web-scale companies and cloud providers take advantage of the latest silicon innovation by enabling them to program the switches more granularly.

From Network Operations to Development Operations

While OS10 will have appeal for traditional network operators seeking conventional programming means, the software will also appeal to DevOps communities seeking a consistent, common development environment across server, storage and networking elements.

In March, Dell expects OS10 base module will begin shipping and Dell-developed application modules will enter beta testing for release later in the year.

Go Back To > Enterprise | Home