Confused about Net Neutrality? Thanks to Burger King’s viral Whopper Neutrality video, you can easily grasp the concept, and understand why all of your nerdy friends are so incensed with Ajit Pai, and his successful repeal of net neutrality. 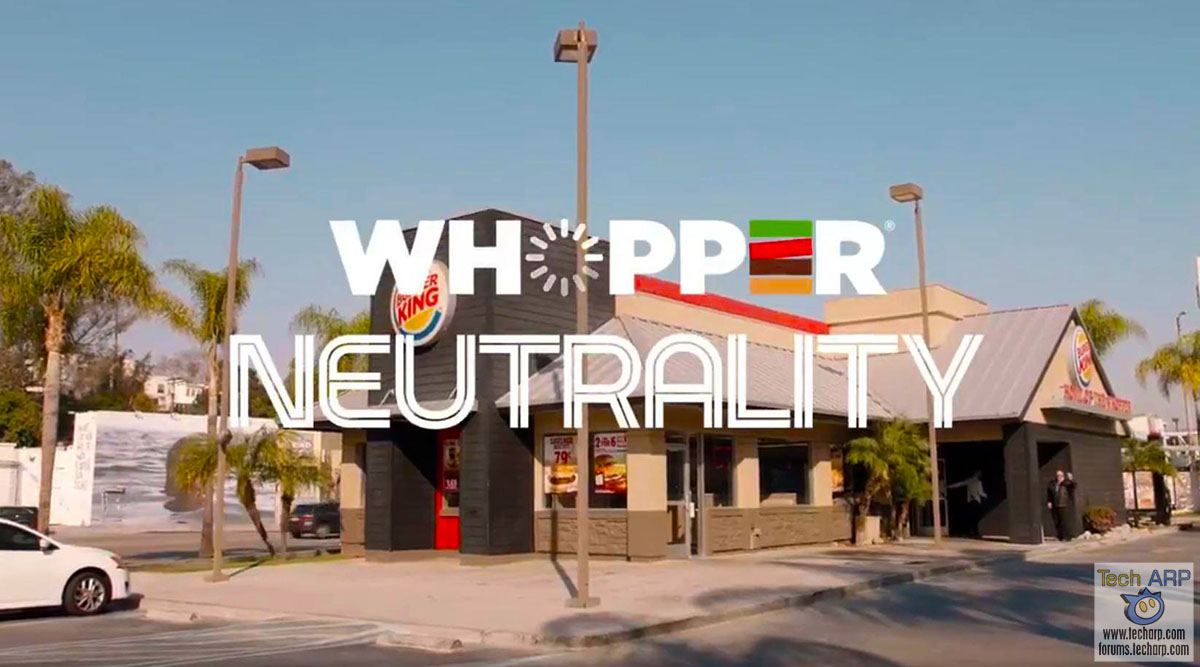 Part advertisement for their Whopper burger, part explainer on net neutrality, the Whopper Neutrality video has amassed millions of views on YouTube and has gone viral on social media.

The Whopper Neutrality video starts with interviews of random people who were clueless about net neutrality, and its repeal. It then segued into a prank at a Burger King outlet, where customers were asked to pay extra if they wanted their Whoppers to be delivered faster.

In a hilarious reference to broadband speed in Mbps, Burger King staff members explained to confused customers that MBPS stood for “Making Burgers Per Second“, and how the price they pay determines how fast they get their Whoppers :

Obviously, their customers were not impressed. NOT IMPRESSED AT ALL when they learned they will have to wait 15-20 minutes for their Whoppers, unless they paid extra.

They became livid when they found out that the Whoppers were already made, and ready to be served. But because they refused to pay extra, they would have to wait for their Whoppers.

Net neutrality is not a new concept. It was coined by Columbia University professor Tim Wu in 2003, and it has been used by the FCC since 2004 to force Internet service providers to treat all Internet content equally. The Obama Administration fought to preserve net neutrality, with President Obama recommending in 2014 that the FCC reclassify broadband Internet as a telecommunications service. This would make them equivalent to other telecommunications companies, subject to common carrier rules.

Then came with Trump Administration. One of the first things President Donald Trump did – appoint Ajit Pai, who is vehemently against net neutrality, as the Chairman of the FCC (Federal Communications Commission).

Calling the move “Restoring Internet freedom“, Ajit Pai began rolling back net neutrality, despite overwhelming support by the public for net neutrality to be maintained. He successfully achieved that end on 14 December 2017, when the FCC voted to repeal net neutrality.

Barring a change in the US Presidency, the only way to restore net neutrality would be to force the US Congress to enact legislation to protect net neutrality. If you’re a US citizen, write to your Congresspersons, and make sure they understand how much YOU value net neutrality.

You can also show your support for net neutrality by signing this petition.