We have all seen footage of thieves stealing laptops, tablets and smartphones, but have you seen thieves steal computer parts from an Internet cafe that is open 24/7? Watch how they removed an entire PC chassis and then steal its parts, without anyone catching them in the act! 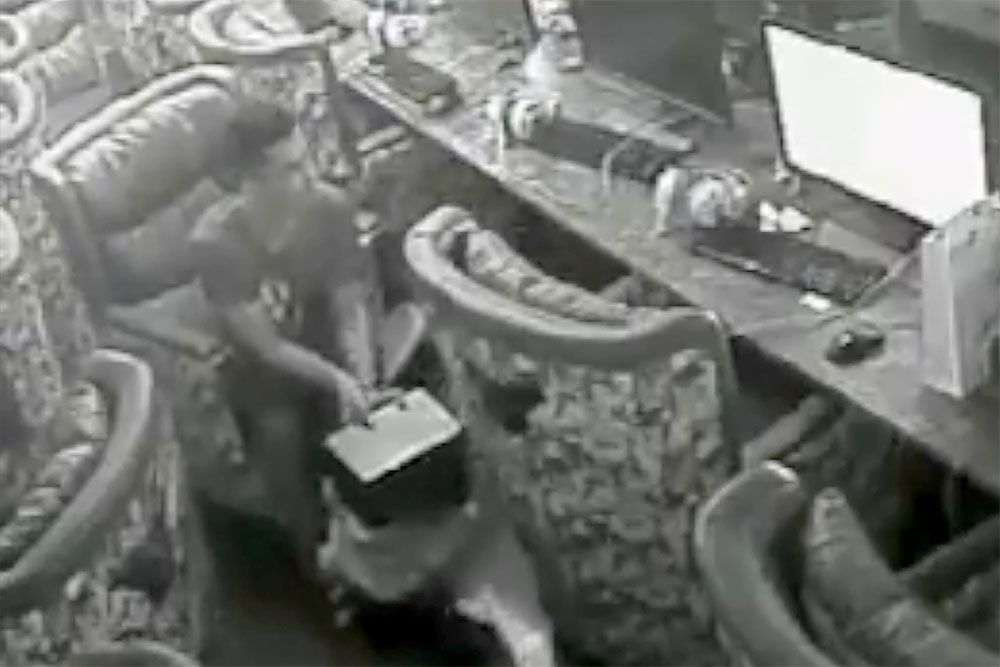 Watch Them Steal Computer Parts At An Internet Cafe!

On 13 April 2018, two guys walked into the Orange Internet Cafe in Setiawangsa, Kuala Lumpur. In less than 8 minutes, they removed an entire PC chassis, stripped it of its parts and walked out the main door.

We later found out that he lugged the computer chassis to the toilet, where both of them stripped the chassis of its parts.

As you can see, it took them less than 8 minutes to completely remove a computer chassis to the toilet, strip it of its parts and leave by the front door.

We were not privy to what was stolen, but we can see that Thief A did not bring a bag, and Thief B only brought a small sling bag. Most likely, they removed the graphics card, memory modules, hard disk drive or SSD, and possibly its CPU and cooler.

The Orange Internet Cafe has offered RM 500 / ~US$ 128 in reward money for information leading to the arrest of these thieves.