Once the fearsome tool of a totalitarian state in George Orwell’s iconic novel – 1984, CCTV surveillance is not only ubiquitous, it is even considered essential. Forget Big Brother. Many modern homes and offices have CCTV systems for safety and security reasons.

The most common video surveillance systems are dedicated CCTV (closed-circuit television) systems. They combine video cameras with a display and a digital video recorder (DVR). Whether they are using good old analog video cameras, or the newer high-definition digital video cameras, all those video streams are written into hard disk drives.

Not Optimised For CCTV Recording

As a result, these desktop hard disk drives have a tendency to fail earlier. This not only means lost video surveillance footage, it also means a higher cost of ownership because these drives have to be replaced more frequently.

As we upgrade to high-definition digital video cameras, the quality problems with desktop-grade hard disk drives become more apparent. They drop even more frames because they are unable to keep up with the constant flow of high bit-rate video streams.

This negates the purpose of upgrading to high-definition cameras. What’s the point of recording high-resolution video if it means whole gaps in the video? 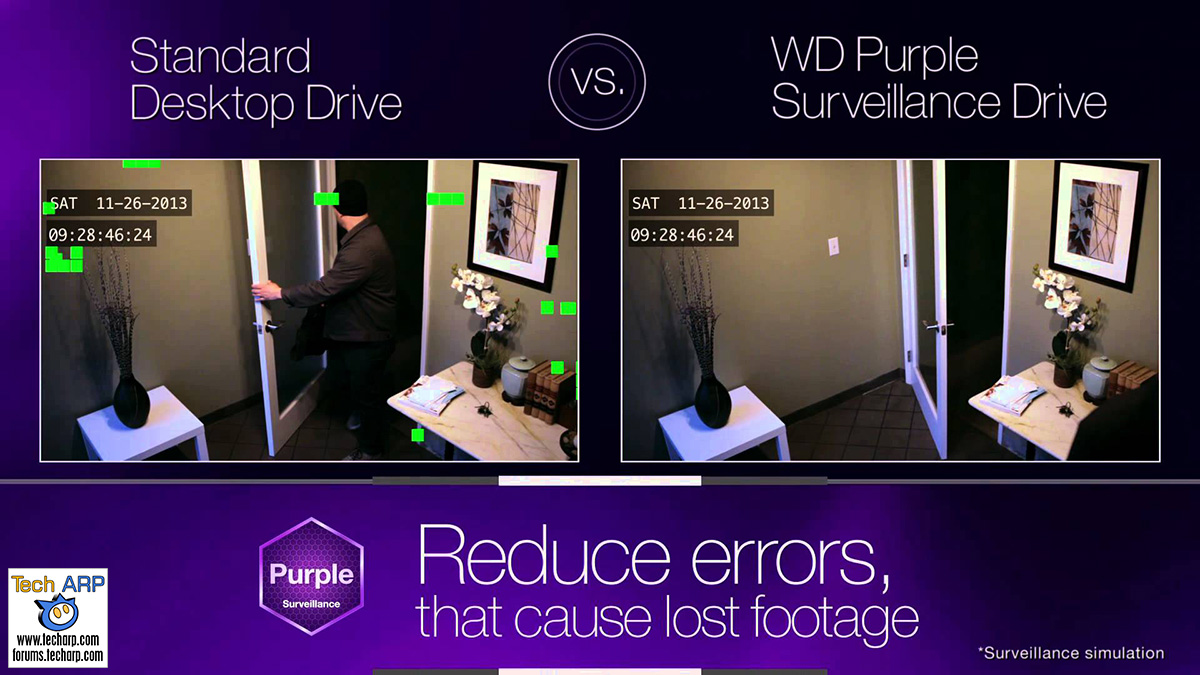 To counter that problem, as well as improve reliability in the high-temperature, always-on environment of the DVR, surveillance hard disk drives were developed. What do these drives offer?

The WD Purple family of surveillance hard disk drives were unveiled in February 2014. Since then, Western Digital has steadily added new models to the family. They now offer WD Purple hard disk drives in capacities from as low as 500 GB all the way to 8 TB.