Right on the heels of the big reveal of the AMD EPYC 7000 Series (formerly known as AMD Naples) of enterprise server processors, AMD just announced the AMD Ryzen PRO family of desktop processors. Here is everything you need to know about them, including their specifications, key features and availability. 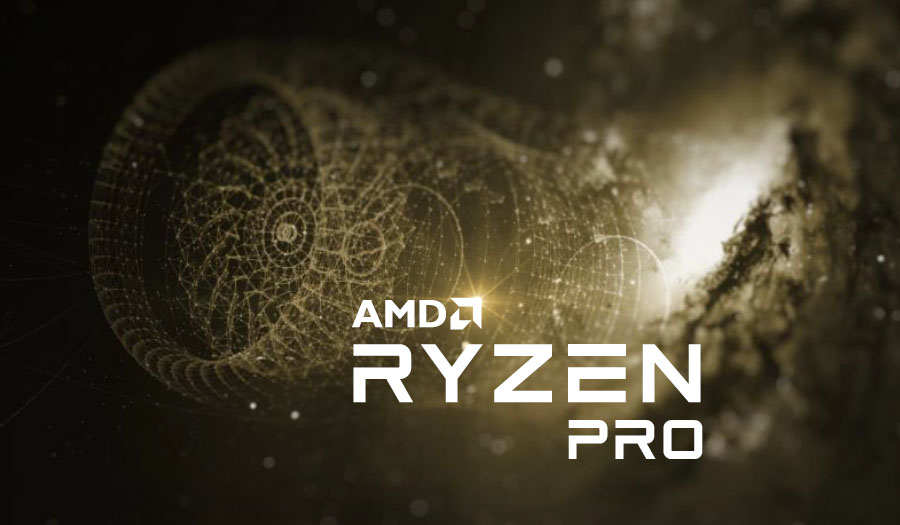 The AMD Ryzen PRO processors are basically enterprise-grade versions of the AMD Ryzen 7 and Ryzen 5 processors. They have the same features performance characteristics as their consumer-grade brothers, like Precision Boost and Extended Frequency Range (XFR). The PRO versions just have additional security and remote management capabilities. 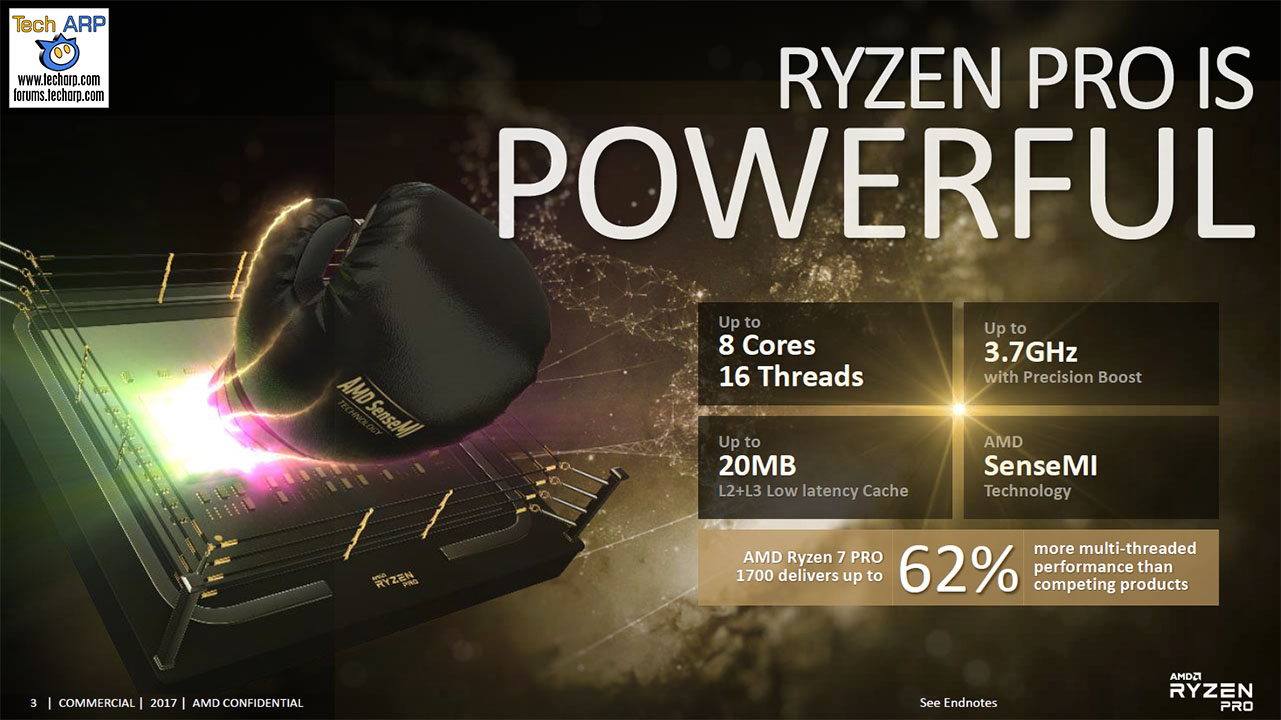 The slides above appear to have two typos. But the only important one you need to know is that, like the AMD Ryzen 7, the Ryzen 7 PRO has a peak frequency of 3.8 GHz.

As our AMD Ryzen 7 1800X review has shown, the AMD Zen core is about 10% slower per clock cycle than the Intel Skylake core. It therefore comes to no surprise that AMD is focusing on their value proposition. They’re offering more cores at the same price points, delivering more performance per dollar.

Here are four spider charts that AMD created to show how much performance advantage the Ryzen PRO processors can offer over their direct Intel competitors. Like their consumer-grade brothers, these enterprise-grade processors directly compete with the 7th Generation Intel Core processors (formerly known as Kaby Lake).

With twice as many cores and threads, the AMD Ryzen 7 PRO 1700 appears to offer up to 73% better performance than the Intel Core i7-7700 in TrueCrypt (AES encryption). 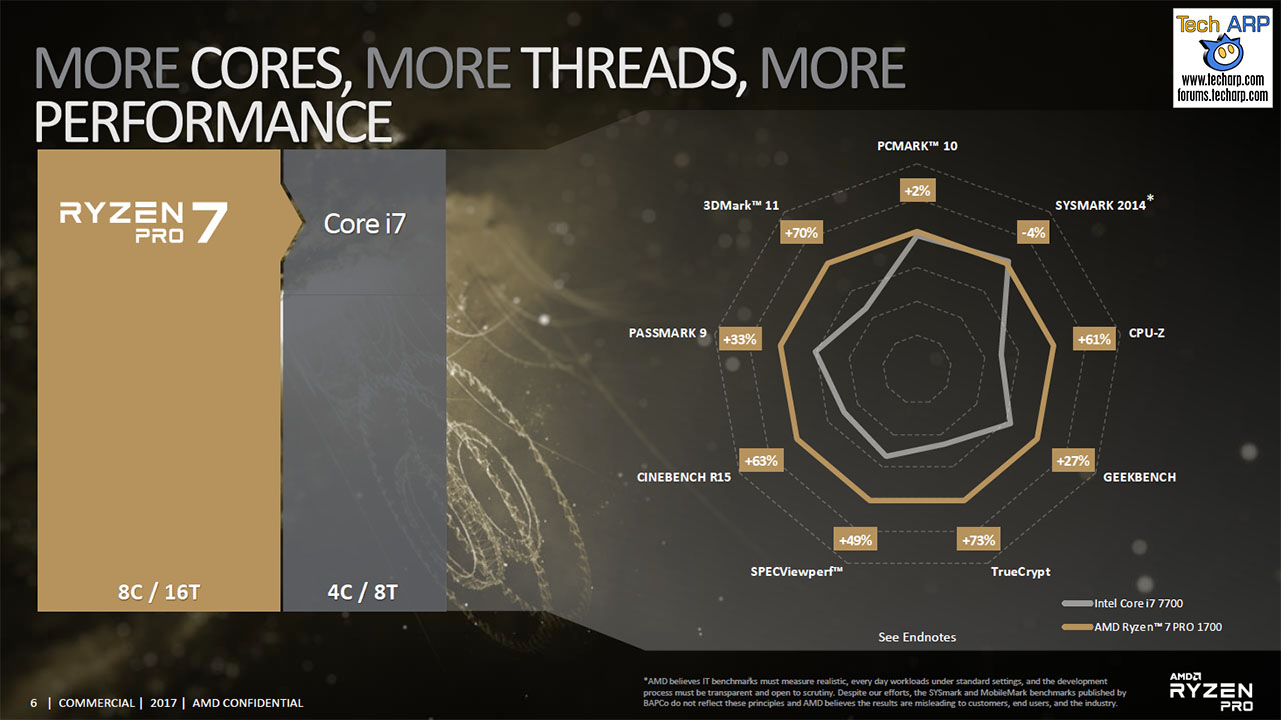 The Ryzen 5 PRO 1600 offers 50% more processor cores and the ability to simultaneously process 3X more instruction threads than the Intel Core i5-7500. The end result – it was just over twice as fast in AES encryption using TrueCrypt, and almost twice as fast at rendering a 3D image in CINEBENCH R15. 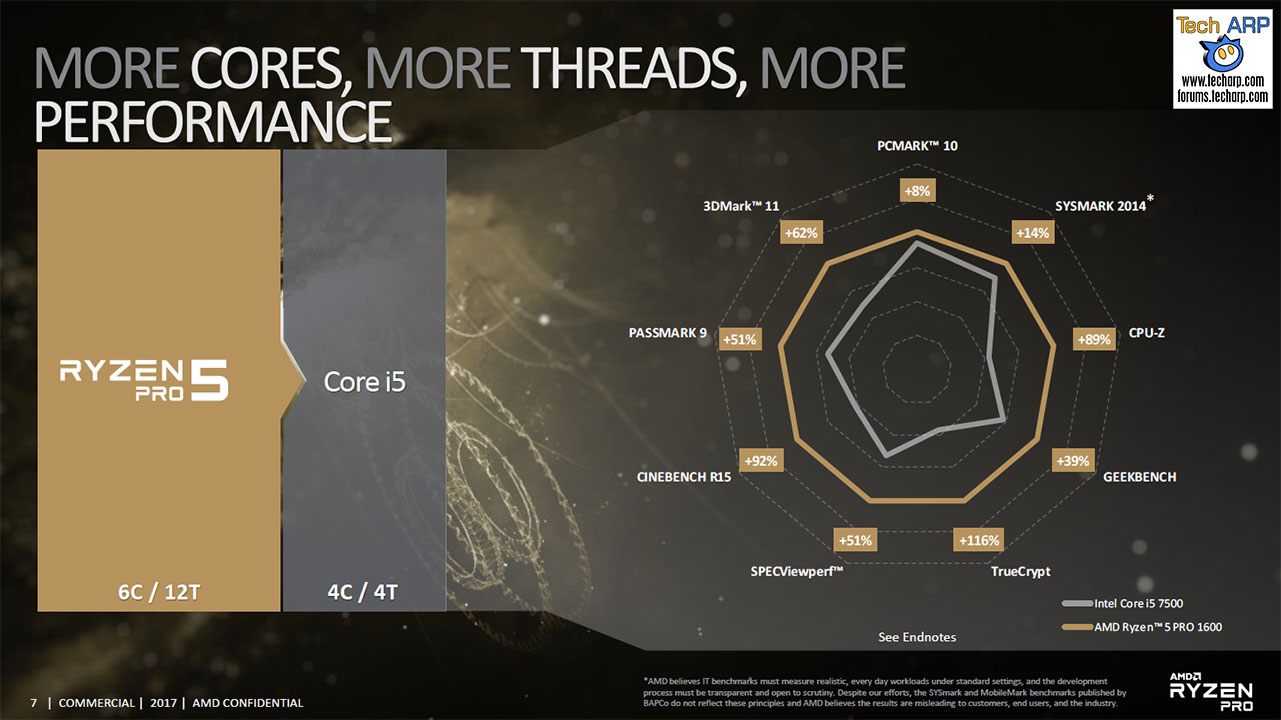 The Ryzen 5 PRO 1500 has 4 cores, just like the Intel Core i5-7500, but its SMT capability allows it to process twice as many instruction threads. That allowed it to offer up to 76% better performance in 3DMark 11.

The Ryzen 3 PRO 1300 offers twice as many cores, albeit processing the same number of instruction threads, as the Intel Core i3-7100. That still allowed it to deliver up to 76% better performance in 3DMark 11. 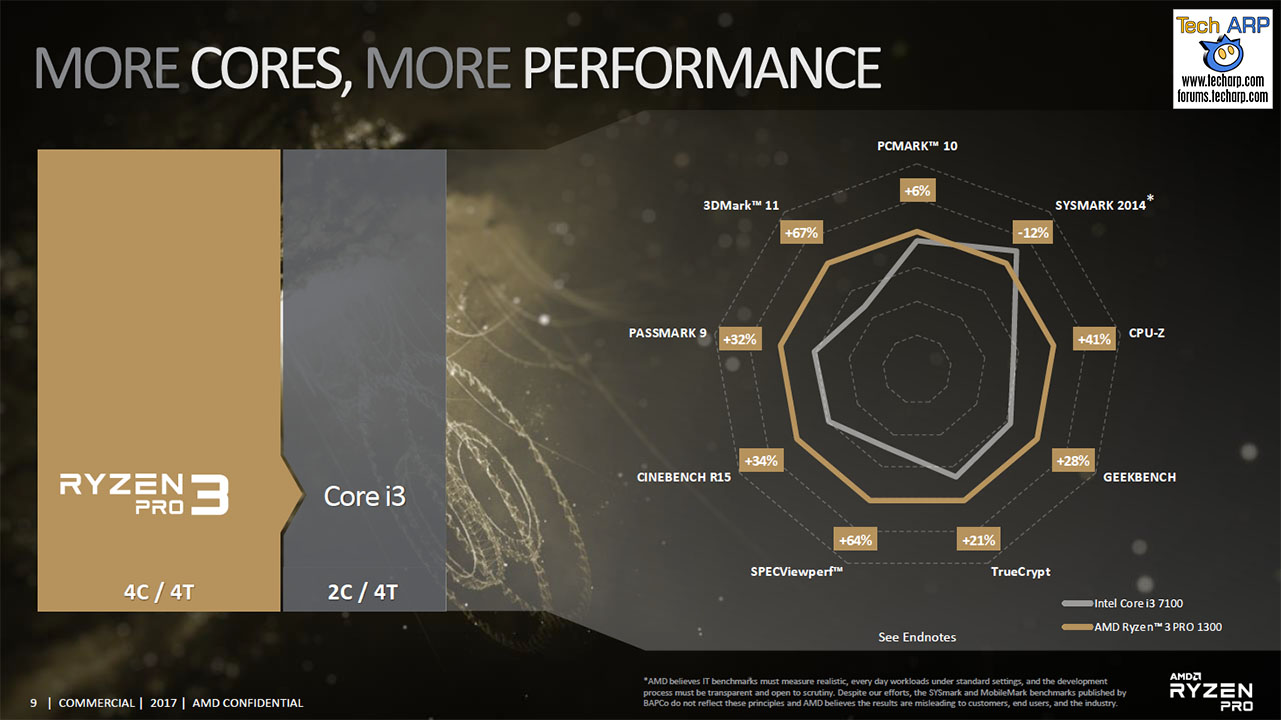 Now, this is similar to what the consumer-grade AMD Ryzen 7 and Ryzen 5 processors already offer. So what extra features do these enterprise-grade desktop processors offer? Let’s find out!