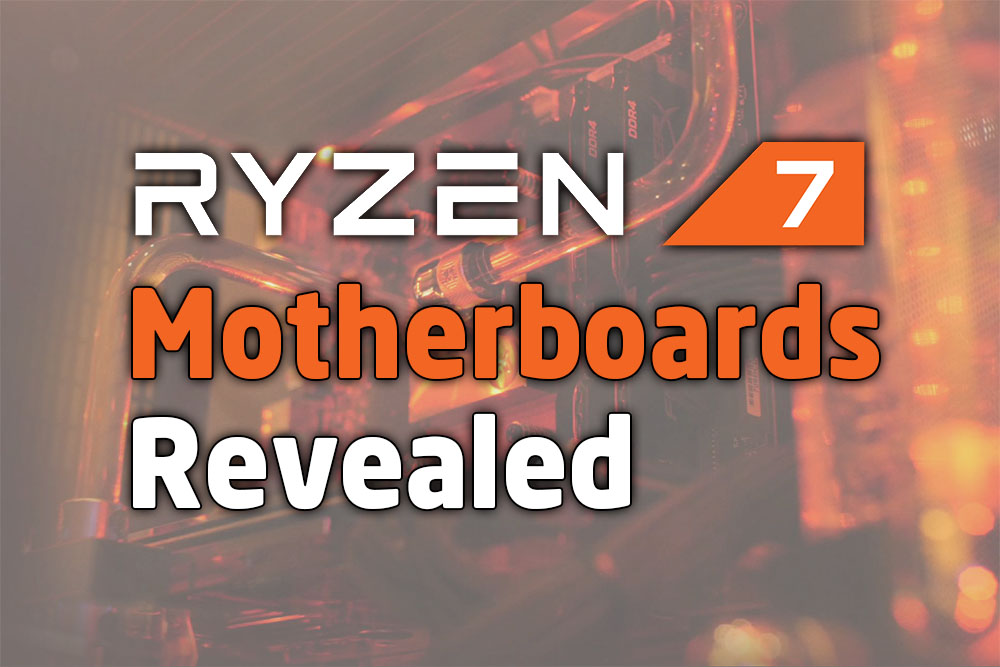 AMD promised that there will be at least 82 different AMD AM4 motherboards for the AMD Ryzen 7 processors by launch day. They listed their five motherboard partners – ASUS, GIGABYTE, MSI, BIOSTAR and ASRock, but did not mention the actual motherboard models, or their chipsets.

AMD did not reveal the whole slew of 82 AMD Ryzen 7 motherboards, but we have pictures and some details of the 34 motherboards that will support the AMD Ryzen 7 processors on launch day. Check them out :