AMD was using it to power a virtual reality demo of a space turret shooting game on an Oculus Rift VR headset. That was our first encounter with the Radeon RX 460, so we took off the perspex cover to take a closer look.

Updated @ 2016-07-30 : Added details of the virtual reality demo the Radeon RX 460 was powering, as well as a slide with its key specifications.

As AMD revealed earlier, the Radeon RX 460 is powered by the AMD Polaris 11 GPU, which has 14 Compute Units. It comes with 2 GB of GDDR5 memory on a 128-bit memory bus. For display output, this reference card has a DisplayPort, a HDMI port and a DVI port.

The Radeon RX 480, and the upcoming Radeon RX 470, on the other hand, are powered by the larger Polaris 10 GPU with 36 Compute Units, and 32 Compute Units respectively. They also have a much wider 256-bit memory bus with either 4 GB or 8 GB of GDDR5 memory.

We also took a video of the Radeon RX 460 in action. Check it out!

The Radeon RX 460 is designed to use very little power. It is powered entirely by the PCI Express bus and does not require an additional power connector. AMD has just revealed its official TDP as less than 75 W (see below).

With its low power requirement, the Radeon RX 460 is targeted at eSports gamers. It also makes for a great HTPC graphics card, as it supports hardware encoding and decoding of H.264 and HEVC (H.265) videos at 4K resolution.

AMD just revealed some details of the Radeon RX 460’s key specifications, including the official design. Check it out! 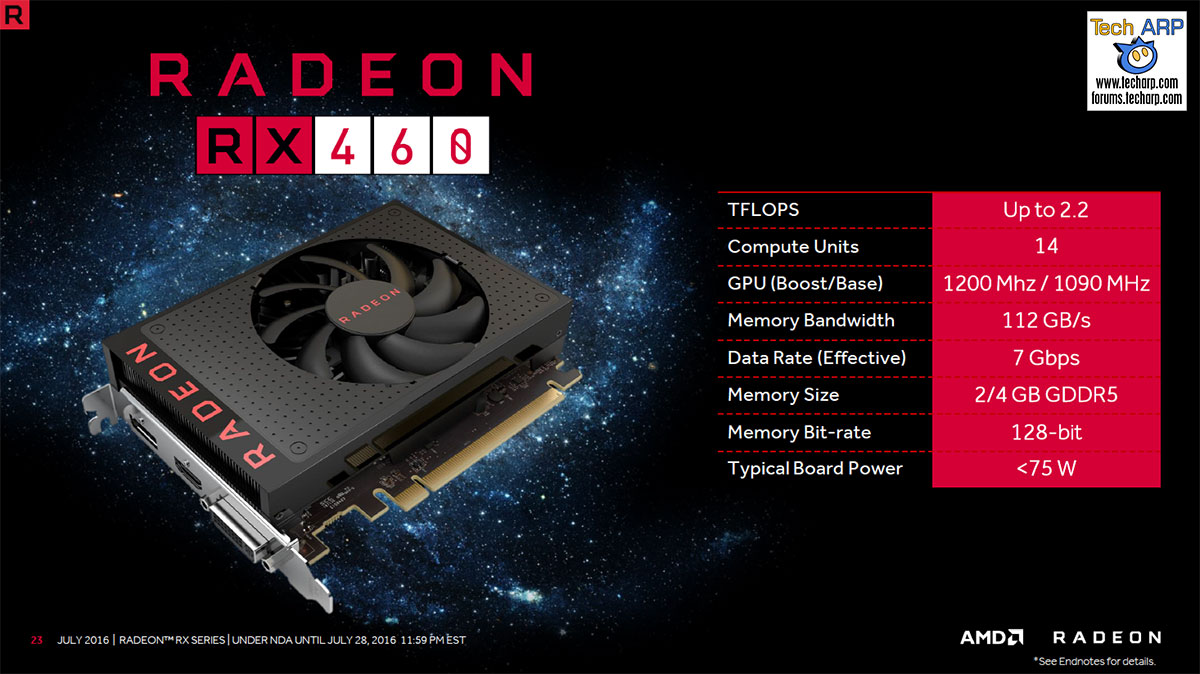 As you can see, the final Radeon RX 460 card will have a slab-sided shroud that is similar to the one used in the Radeon RX 480. The Radeon RX 460 will be officially released on August 8, 2016. There is no official price indication, but we expect it to cost less than US$99.

Get more details or information on the new AMD Polaris graphics cards and architecture here : 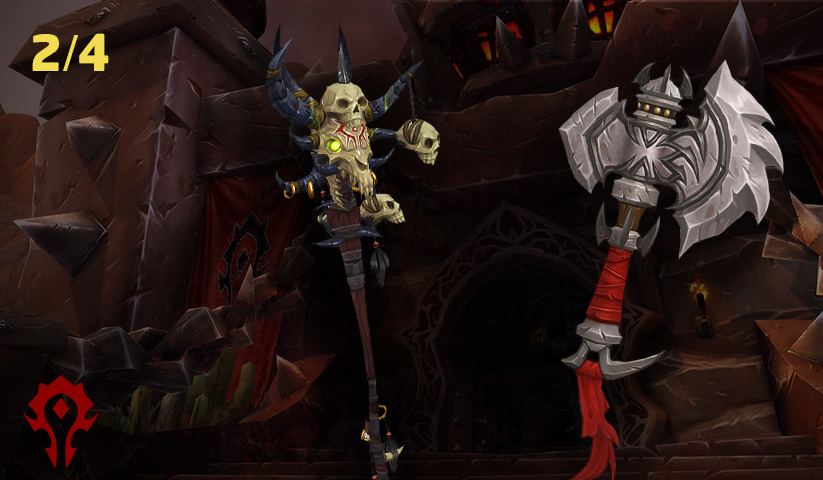