AMD updated their security advisory, confirming that their CPUs are also vulnerable to the Spectre 2 exploit. We updated our article Everything On The Intel, AMD & ARM CPU Bug, but it looks like many AMD fanboys still insist that AMD processors are only affected by Spectre 1. So let us burst their bubble and update them on what AMD actually said about this “issue”.

When AMD first released their security advisory on the Meltdown and Spectre exploits, they stated that, “Differences in AMD architecture mean there is a near zero risk of exploitation of this variant.” 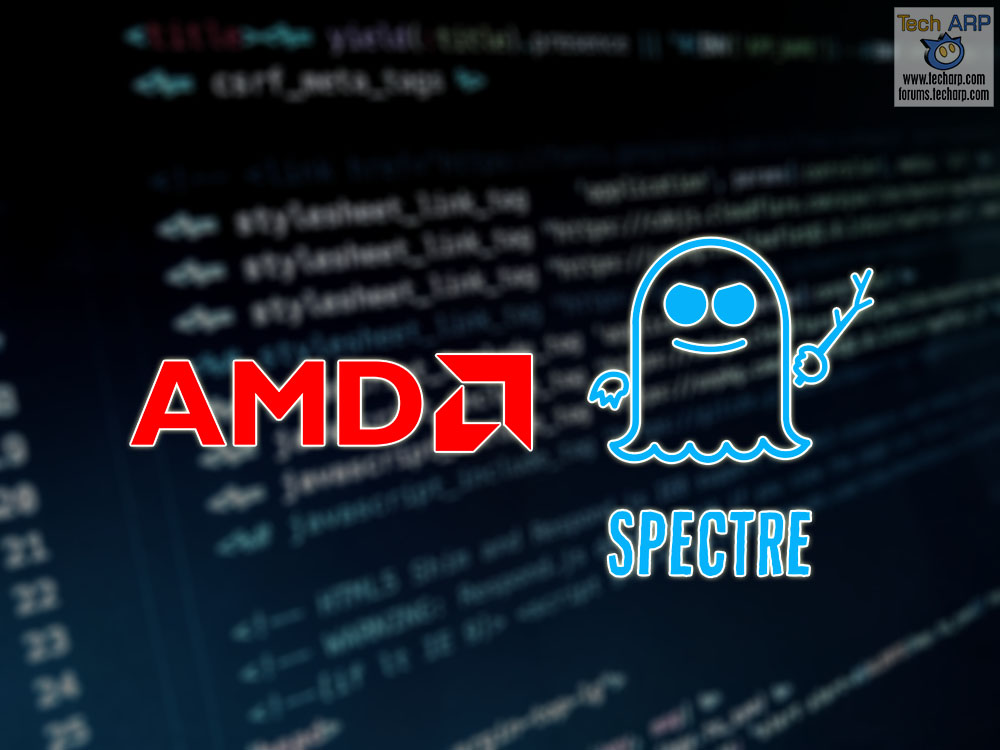 He clarified that while AMD believes that their “processor architectures make it difficult to exploit Variant 2“, they have defined “a combination of processor microcode updates and OS patches” to mitigate the Spectre 2 threat.

You can read more about the Spectre and Meltdown exploits in Everything On The Intel, AMD & ARM CPU Bug.

Why Is Spectre 2 Important?

This development is significant, because Spectre 2 is the more problematic exploit of the two. Mainly because any efforts to reduce its risks significantly reduces performance.

What Is AMD Doing About Spectre 2?

AMD has already defined the “additional steps” that consists of processor microcode updates and operating system patches that will mitigate the threat of Spectre 2 to their affected processors.

Notably, Mark said that they would be OPTIONAL. This ties in with their assessment that it would be difficult (albeit not impossible) to exploit Variant 2 in an AMD processor. So AMD users will get the option of NOT applying these microcode updates, at least while no actual Spectre threat exists in the real world.

Many AMD fanboys say that we are biased against AMD, because that the risk of a Spectre 2 exploit is small or “virtually non-existent”.

We love the AMD Ryzen just like you do, and find their performance-value proposition incredibly refreshing. In fact, we even wrote an article crediting The Ryzen Effect for creating better Intel processors.

What we reported is no different from the official statement by Mark Papermaster – the AMD CPUs are vulnerable to Spectre 2. But you are all missing the big picture.

The point here isn’t to rub our collective noses in some kind of childish Intel vs. AMD fanboy war, it’s to point out that these Spectre 2 patches will have a significant performance impact.

Because there is no real world exploit of both Meltdown and Spectre, and because AMD’s microarchitecture is more robust against the Spectre 2 vulnerability, there is arguably no real need to apply the Spectre 2 patches.

That’s why we specifically pointed out that “Mark said that they would be OPTIONAL“, so you should have the option of “NOT applying these microcode updates“.

You guys would have realised that if you actually read the article, instead of just stopping at the title.

Some Intel fanboys are using this article as evidence that “AMD got caught lying” or “AMD CPUs are just as bad”. Well, let us address those claims.