Intel fans have been waiting A LONG TIME for the 8th Gen Intel Core desktop CPUs, codenamed Coffee Lake. Thanks to the Ryzen Effect, they promise a new level of performance unseen in recent years from Intel. For the first time ever, the Core i7, Core i5 and Core i3 CPUs will come with two additional cores!

Earlier, we shared with you leaked details of the Coffee Lake CPUs – price, specifications and availability. Now, we will share with you the Intel presentation on the 8th Gen Intel Core desktop CPUs.

In our earlier article on the Intel Coffee Lake CPUs, we revealed that Intel would be launching them on 5 October 2017. In fact, tech publications privy to this presentation had to sign an NDA not to reveal this until 5 October 2017.

However, after Intel gave this presentation on 22 September 2017, it got leaked. So Intel basically cancelled their NDA, and here we are with this tech report.

Please note that the Coffee Lake CPUs are still only going to hit the market on 5 October 2017. It’s just the announcement that got brought up to 25 September 2017.

The processors being announced today are the premium desktop models. Intel had earlier released the 8th Gen Intel Core mobile CPUs in August. That was, confusingly, based on the previous-generation “Kaby Lake Refresh” microarchitecture. 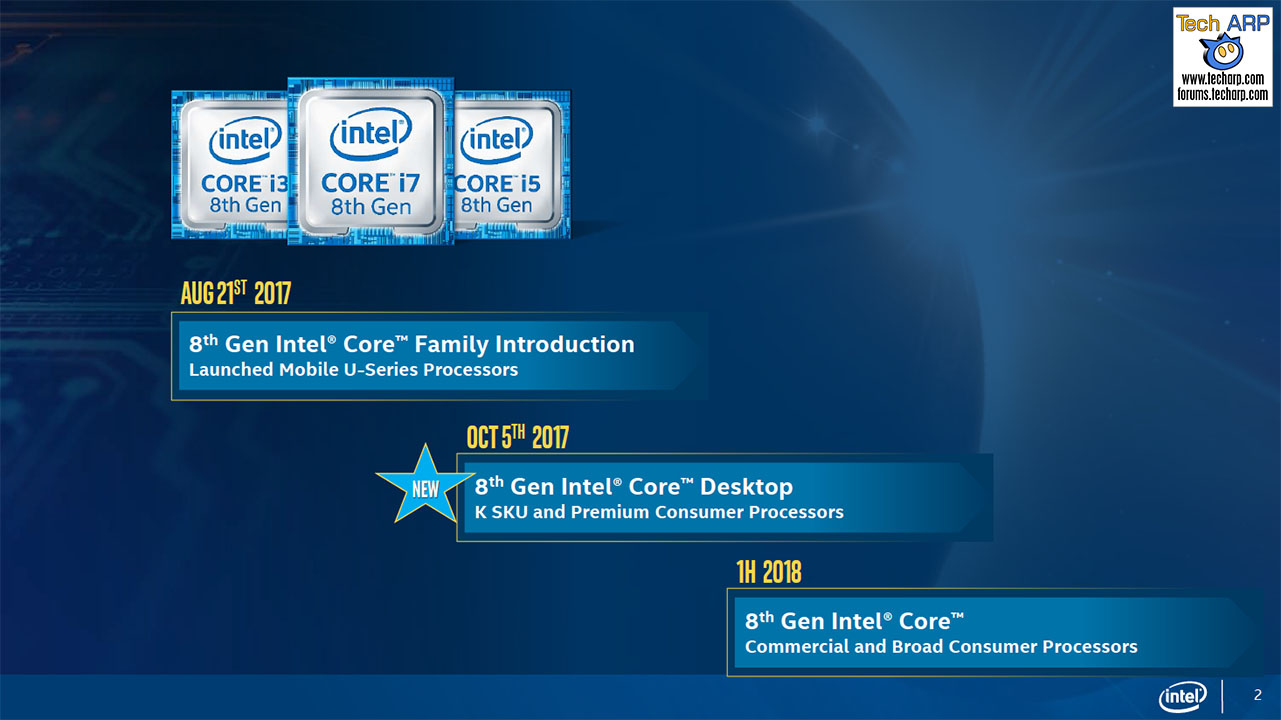 As we revealed in our Intel Coffee Lake article, the new 8th Gen Intel Core desktop processors now have up to 6 processor cores that can handle up to 12 simultaneous threads. You can also see from this slide that they definitely planned to launch these processors on 5 October 2017. 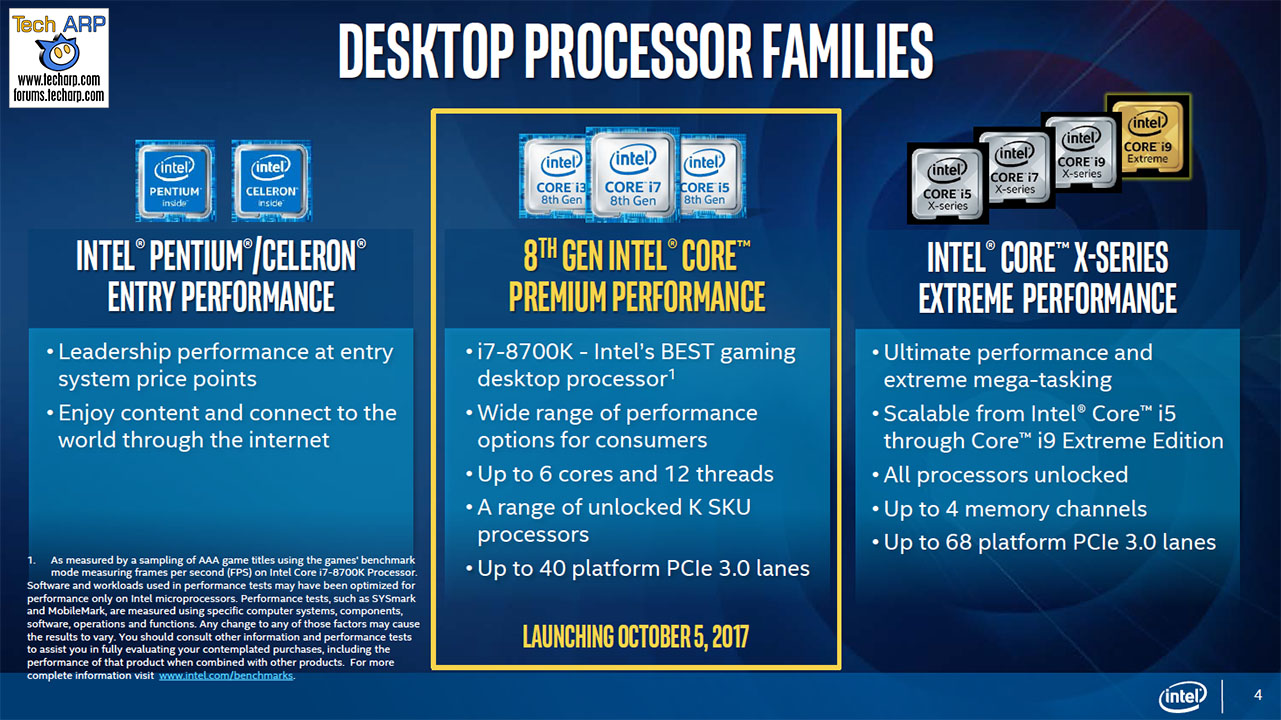 What everyone is excited about is the fact that Intel is introducing two extra cores into each Coffee Lake CPU! 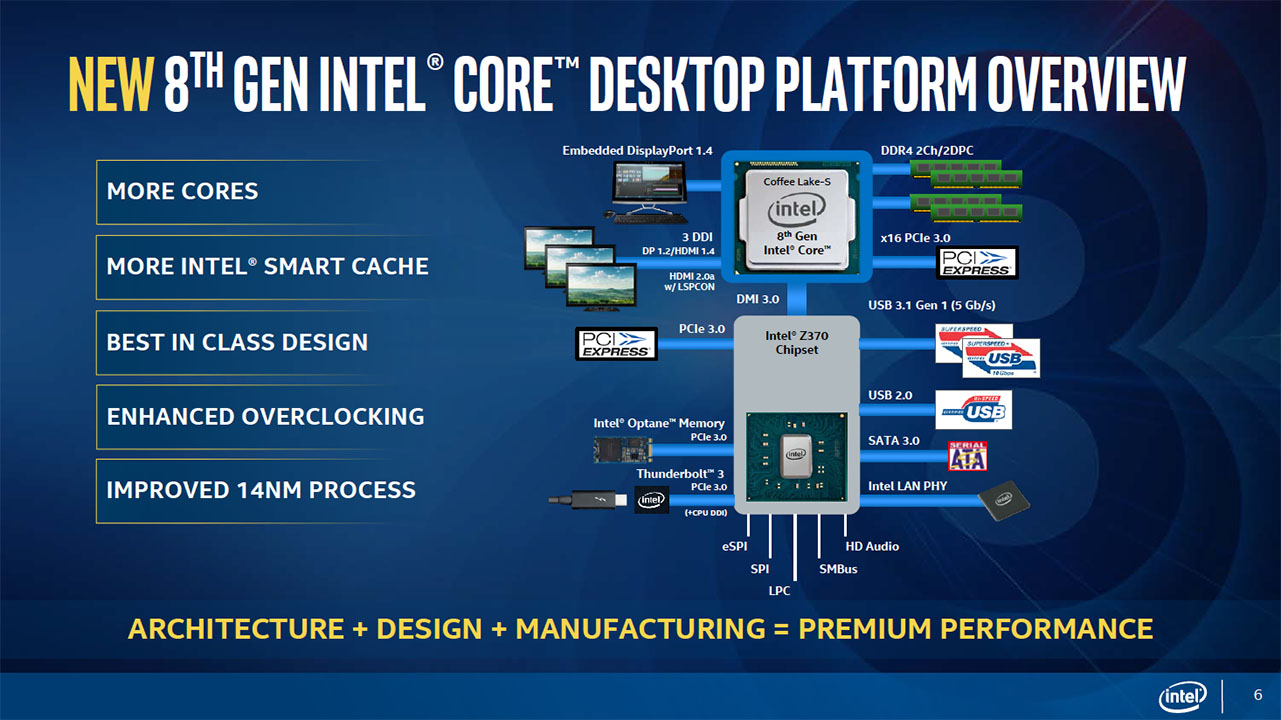 A New Chipset Too

This is no secret either – the 8th Gen Intel Core desktop processors will run on the new Intel 300 series chipset, the first of which is the Intel Z370 chipset. 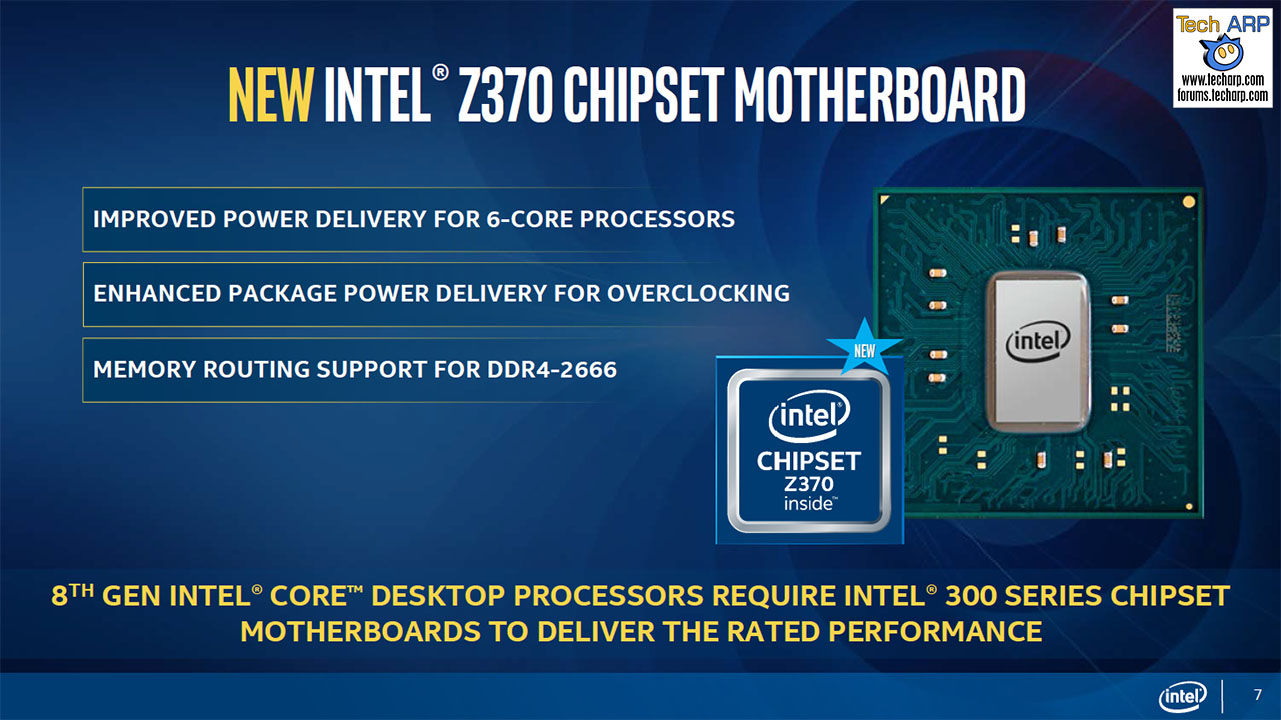